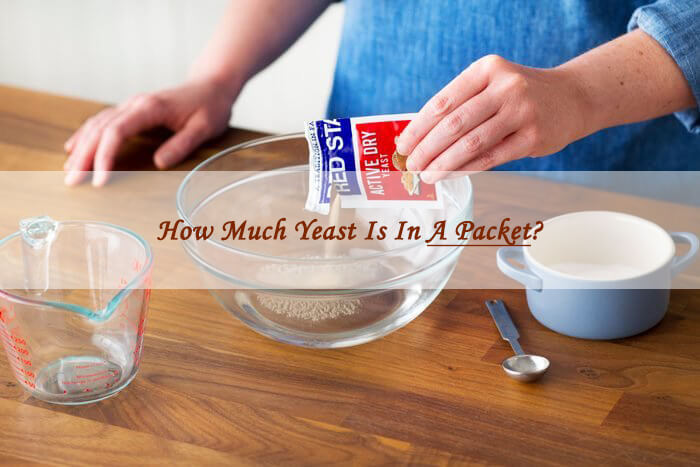 Bakers and food enthusiasts know the essence of yeast in baking. It’s the secret ingredient that makes dough fluffy and tasty.

Most recipes direct you to add a packet of yeast without telling the exact amounts. So, how much yeast is in a packet?

Most manufacturers sell packets of yeast that weigh ¼ ounce, 7 grams, or 2 ¼ teaspoons.

Instant yeast is more compact than dry yeast and so it may weigh a little over 2 teaspoons.

How Much Yeast is in a Packet 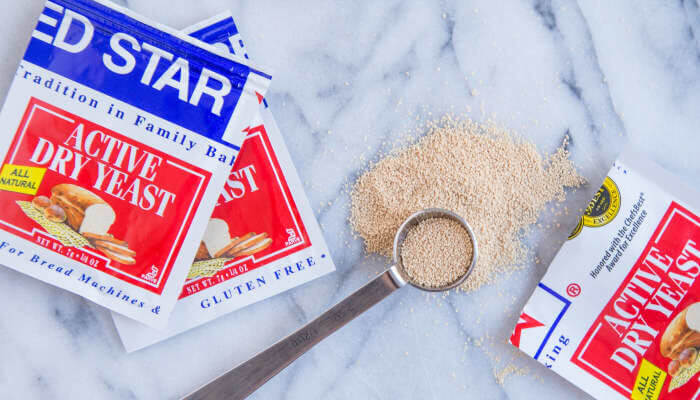 It is natural to think each of these types has a specific amount when packing. However, this is not the case.

All packets are roughly ¼ ounce, but due to their various density, a packet may produce 2 teaspoons or 2 ¼ teaspoons. The amount of yeast doesn’t change as they all weigh the same and will do well in your baking recipe.

Yeast packets, also known as envelopes, are often sold in three and are packed in little amounts to maintain their freshness when opened.

If you want to measure a packet of yeast and you don’t have a teaspoon, you can use a tablespoon instead. A packet of instant or dry yeast measures ¾ of a tablespoon.

How Many Packets of Yeast Do You Need for Baking? 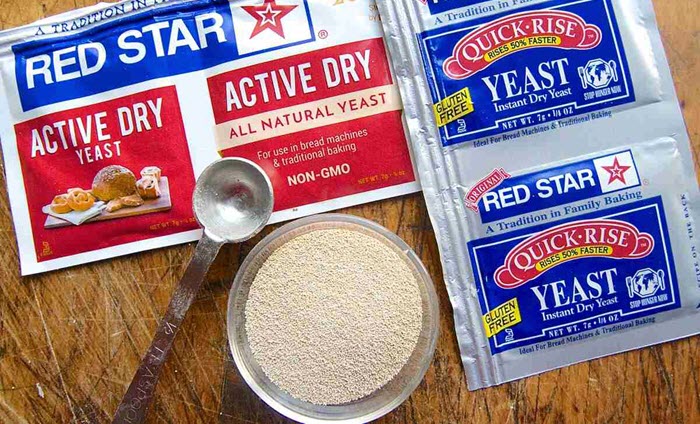 If you’re following a recipe, it’s better to stick to what is required, particularly if you’re a newbie.

As for intermediate and enthusiast bakers, you probably know the importance of using a perfect yeast-to-flour ratio.

Typically, one packet of yeast should be mixed with one pound of flour, which is about 4 cups. For dry yeast, you need about 17 grams to fit 4 cups of flour.

Let’s look at this table to help you choose how much yeast you need based on the amount of flour.

The ideal way to use it is to maintain low amounts rather than adding too much of it.

Too much yeast deteriorates the bread quality and causes other issues. First, your bread may taste and smell like yeast (not the best feeling). Second, your bread may have scattered holes as the carbon dioxide was made in a short time.

Worst case, your bread may collapse.

If you add less yeast than required, your bread will rise slowly and may take a longer time than the recipe. But, some homeowners recommend slower raises as it improves the bread’s taste.

The yeast-to-flour conversions may be a little different for making pizza dough. A standard thin-crust pizza may only need two pinches of fresh yeast for about 450-500 grams of flour. 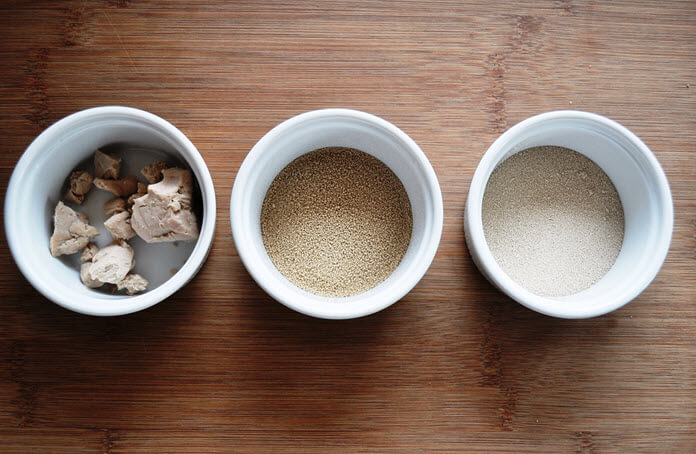 To understand yeast conversions, we must first grasp the meanings behind the three types of yeast; instant yeast, active dry yeast, and fresh/cake yeast.

Fresh yeast has about 70% water and contains 100% living cells. It is considered the most potent and reliable although it is highly perishable.

Active dry yeast has about 95% granular matter obtained through high heat compression. Since it has plenty of dead cells, it has to be dissolved in water before use.

Instant yeast also has 95% dry matter and 5% moisture content, but it undergoes a slower process of compression such that every dry particle remains living.

So, you don’t have to mix it with water or prove it to be active. It is a preferred type of yeast and some critics say it has a cleaner flavor.

How Do We Substitute Each? 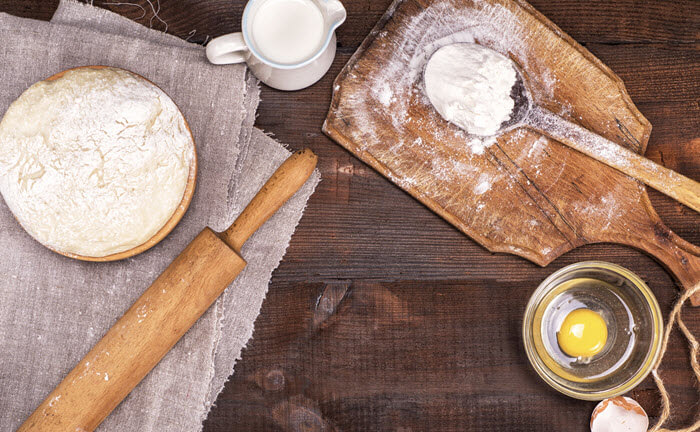 How many teaspoons are in a packet of yeast?

One packet of yeast is 2 ¼ teaspoons, roughly ¾ of a tablespoon. Yeast typically comes in three packets, but you can find stores that sell per packet.

Yeast is packed in packets to prevent moisture and keep it fresh for longer. Once opened, the yeast becomes perishable pretty fast.

How much yeast for a pizza dough?

In general, the amount of yeast depends on the temperature of the dough for fermentation- the warmer the fermentation temperature, the less yeast is needed.

Typically, you should use ¼ teaspoon of dry yeast per 500g of pizza dough which should be at least 0.1% yeast.

What is 1 gram of yeast in teaspoons?

If you want to measure the one gram of yeast, disperse it in 100 grams of water and weigh out the entire yeasted water. If you weigh the 10 grams of water, it should contain 0.1 grams of yeast.

How many grams in a packet of yeast?

A packet of yeast may vary depending on the brand. Some packets may have 8 grams while others 11 grams.

How much does a packet of yeast weigh?

A packet of yeast is at least ¼ ounces which are about 7 grams or 2 teaspoons. Packets can vary from one manufacturer to the other but it usually doesn’t exceed 11 grams.

But generally, the packets are enough to raise two big loaves of bread.

How many oz in a packet of yeast?

Most instant yeast and active yeast come in packets of 3 up to 9. Each packet has about ¼ or 0.75 ounces of yeast.

It might seem a little yeast to work with but goes a long way when baking pizza or bread.

What if I put too much yeast in my bread?

Putting too much yeast is not uncommon, particularly for beginners.

If you happen to be in this situation, the most ideal thing to do is lower the temperature during proofing. It will give the dough enough time to proof while reducing gas production.

Is instant yeast the same as dry yeast?

Instant yeast is a type of active dry yeast that is dried in a much quicker process such that it contains living cells.

Active dry yeast needs to be activated before use while instant yeast is mixed with flour directly without proofing.

Home > Info Guides > How Much Yeast Is In A Packet? How Many Packets to Use for Baking?
About Me