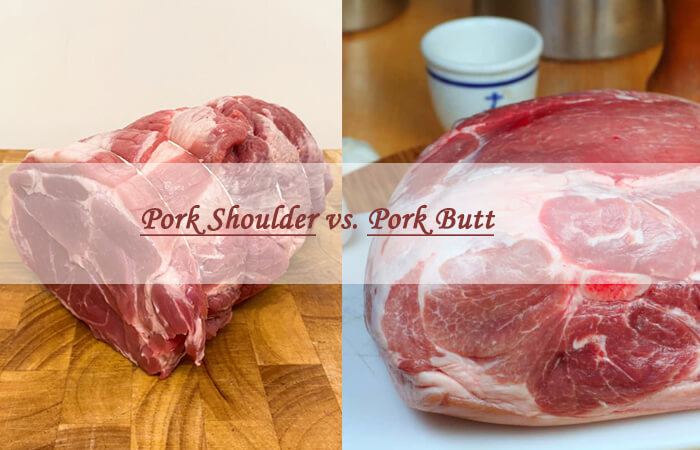 The terms ‘pork shoulder’ and ‘pork butt’ are one of the most confusing when it comes to cuts of meat.

Contrary to what most people think, the pork butt does not come from the pig’s rear, and the pork shoulder only contains a section of the pig’s shoulder.

The interesting fact is that pork shoulder and pork butt both come from the shoulder of the pig.

This guide will delve deeper into the differences and how to distinguish them. Read on;

What is Pork Shoulder Pork shoulder, also known as picnic shoulder or picnic roast, runs from the pig’s shoulder blade to the front hoof. It is situated next to the pork butt and is often sold boneless with the skin on.

According to the National Pork Board [1], pork shoulder refers to “the top portion of the front leg of the pig’s front leg.”

The pork shoulder is a hardworking muscle; hence the meat is quite tough due to lots of connective tissue. It also has oxygen-storing myoglobin; thus, it will be darker in color.

What to Use Pork Shoulder for 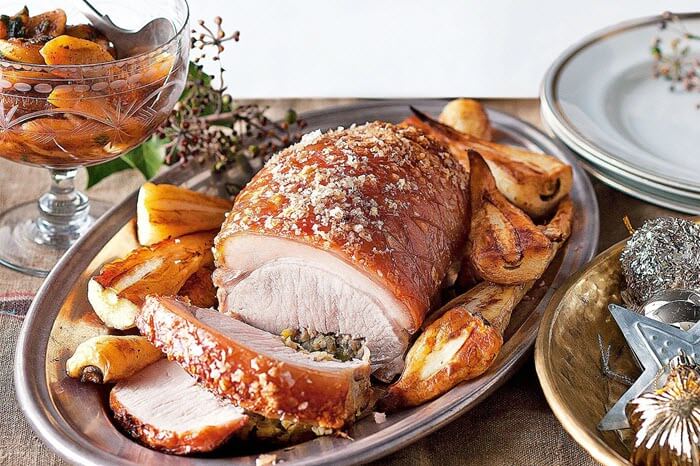 Pork shoulder is perfect when you want the meat to hold its shape when chopped or sliced. It is the perfect meat cut for preparing roast with crispy skin.

You can either roast it whole or slice it before serving. You can chop it into small pieces for stews or use it to make ground pork.

Some cooking methods for pork shoulder include roasting, grilling, braising, slow cooking, and smoking. It is recommended to cook it to an internal temperature of 170°F.

Cook the pork shoulder on low heat for around eight hours or on high heat for five hours.

However, it is best cooked on low heat as the gelatin will break down the collagen and melt the fat while cooking, making it quite tender. Once done, remove it from the slow cooker and let it rest for 15 minutes before digging in.

What is Pork Butt 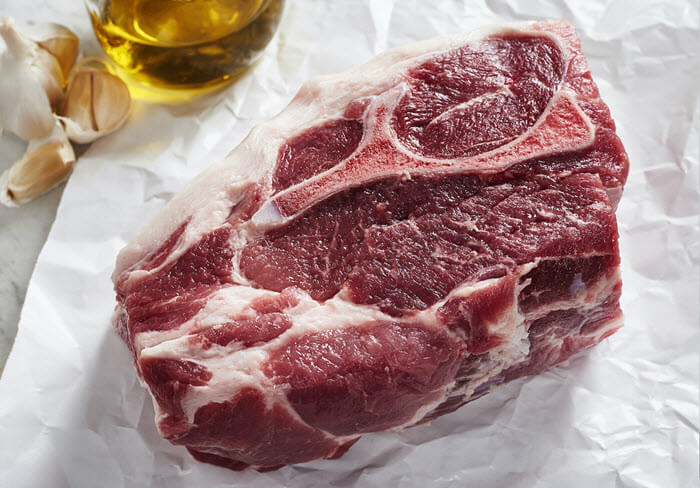 The pork butt does not come from the pig’s rear, contrary to its name. The part of the pig where the rear actually is, near the leg, is where the ham is.

In colonial New England, butchers used to cut inexpensive meat cuts into large barrels referred to as butts for storage. These cuts of meat were then referred to as pork butt, and that is how the name came to be.

However, the pork butt comes from the pig’s shoulder blade behind the neck and head.

The pork butt’s muscle isn’t overworked as that of the picnic shoulder; hence its meat is less tough.

It is usually sold bone-in but skinless. However, you can ask your butcher to debone it if it’s what you prefer.

What to Use Pork Butt for 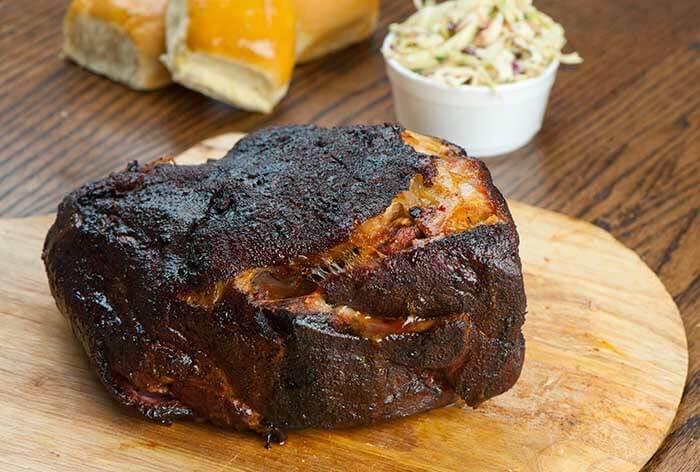 Pork butt is perfect for pulled pork due to its intense marbling. However, some recipes may call for pork shoulder, but it is recommended to use pork butt instead.

Its fat content makes it perfect for slow cooking such as barbecue smoking, braising, stewing, and roasting, as it is less prone to drying out.

The connective tissue in the pork butt also makes it perfect for slow cooking as it makes it tender.

You can use the pork butt in nearly all applications as the picnic shoulder, but its marbling effect makes it moister.

Use pork butt for any recipe that calls for juicy, fall-apart tender meat, as it will give you the best results.

Pork butt and pork shoulder differ in taste and texture and have several differences. They include:

Pork butt contains more fat than pork shoulder, which is leaner and tougher.

The pork butt is well marbled, and its intramuscular fat makes it more moist and tender.

The Shape of the Cut

Pork shoulder is usually cut in a tapered and triangular shape with its skin on. Boneless pork shoulder will have netting to hold it together, and once you remove it, the meat will be uneven.

Pork butt, on the other hand, is sold in a uniform and rectangular shape within the skin removed. The fat cap is still intact when you buy it; you can get it with bones or without.

Pork butt is more expensive than pork shoulder as the former is usually larger.

The more fat the meat has, the more flavorful it is. Therefore, the pork butt is tastier than the pork shoulder.

However, different cooking methods and techniques may also affect the flavor, for example, how you marinate it and the spices used.

Pork butt is perfect for pulled pork dishes that can be shredded when cooking in a slow cooker.

Slow cooking such as barbecue smoking, braising, roasting, and stewing allows the fat and connective tissues to break down efficiently and give you tender meat to make Mexican dishes like carnitas tacos.

Pork shoulder is excellent when cooked at slightly higher temperatures in less time.

Most people prefer roasting or grilling to enhance natural flavors and enjoy the thin crispy crust that forms. It may also require brining to lock in as much moisture as possible and make it less tough to eat.

Pork butt and pork shoulder are often confused. They both come from the pig’s shoulder, with the pork butt high up on the foreleg and the pork shoulder lower.

If you want a cheaper option with crispy skin and a tougher texture, then the shoulder is your go-to option.

The pork butt is more popular due to its marbling effect and tender meat, making it an ideal choice for most slow cooking methods such as braising and stewing.

With the above guide, you can make an informed decision on which cut is best for your cooking method and will give you the desired results.

Home > Comparison > Pork Shoulder vs. Pork Butt: What’s the Difference?
About Me