Barley has to be one of the most versatile whole grains. This ancient yet valuable grain comes in handy as a food staple, and for beer lovers, it’s much more than food.

However, a form of barley that is just as useful is our focus for this article- pearl barley. We will discuss 13 substitutes for pearl barley that fit different criteria. Let’s get to it.

Pilafs are rice or wheat dishes made from stock or broth, with added spice and vegetables or meat. Usually, they have a non-conventional technique of cooking grains.

What Can You Substitute for Pearl Barley?

One of the reasons most people want a substitute for pearl barley is its gluten content. Other reasons could be cost-effective substitutes, specific food requirements, or if they want the best replacement. So, we would provide gluten-free substitutes as well as others. 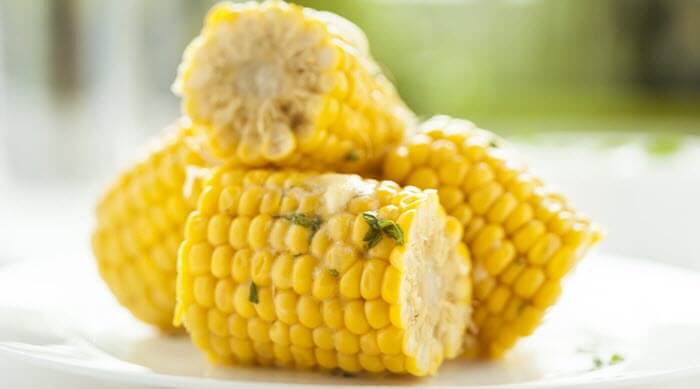 Delicious corn is our first recommendation. This is a delicacy in most parts of the world and a fantastic gluten-free replacement for pearl barley.

Corn is rich in fiber, antioxidants, protein, thiamin, Vitamin B6, etc. It’s quite a satisfying replacement with its unique flavor. 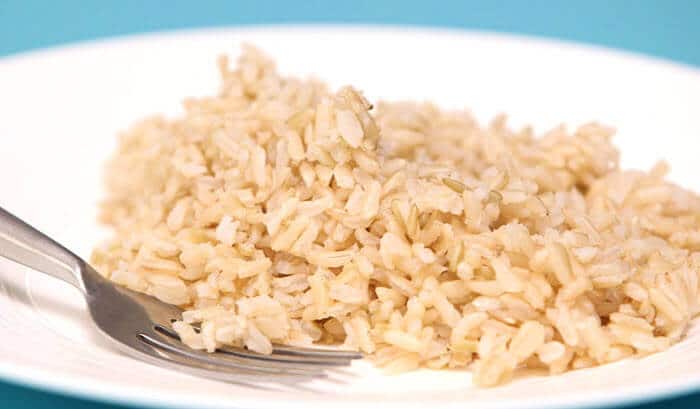 Rice is another staple in most households worldwide. Brown rice is a form of rice with its germ and bran intact. This factor makes it especially rich in fiber.

Other nutrients like manganese and selenium are obtained from brown rice. Although it doesn’t have thickening abilities like corn, it works great as a gluten-free substitute for pearl barley.

Unlike white rice, brown rice is more fibrous, with a chewy texture making it a better replacement for pearl barley. 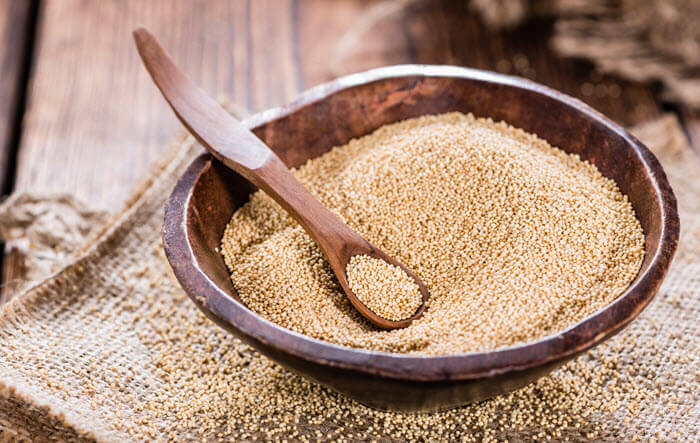 A protein-packed ancient grain from Argentina works excellent as an alternative to pearl barley. Amaranth works perfectly because it has a chewy texture with a nutty flavor similar to pearl. It’s also gluten-free and cooks quickly.

Amaranth is a great thickening agent for stews and soups. It can be added to salads, bread, and pasta recipes. You can even add it to sandwiches. 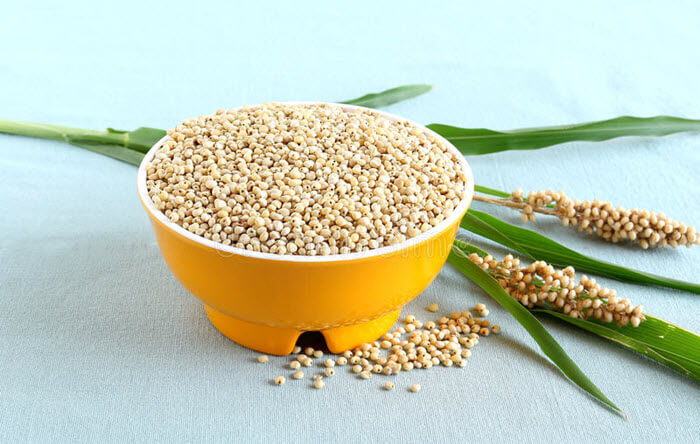 Despite its African origin, sorghum is primarily produced in the USA after its discovery as a gluten-free, healthy grain.

Sorghum can be replaced in recipes that call for buckwheat, quinoa, and pearl barley. It is prepared in a similar way to how rice is prepared. Due to its distinct nutty taste, it works as a great pearl barley substitute.

It is packed with nutrients like vitamins, fiber, proteins, magnesium, complex carbohydrates, etc.

Use sorghum in soups, stews, side dishes, and on its own. 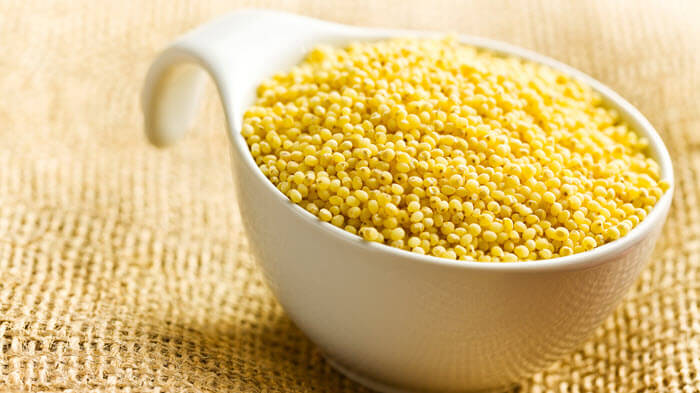 Millet is another ancient seed grain that can serve as a gluten-free substitute for pearl barley. Millet grains are small and round; they look like corn kernels.

Millet is a sweet grain with a nutty flavor. Its flavor is not similar to barley, so if you can’t stand the taste of barley, millet is your best bet.

On the plus side, millet takes on the flavor of whatever recipe you add it to. Its texture is like that of mashed potatoes, unlike barley, which is chewy. Millet is a great iron source, among other nutrients.

Take note that when cooked, millet expands, so if you intend to cook 1 cup of millet, you might want to measure ¼ or ½ a cup.

Apart from its nutritional value, millet is an inexpensive gluten-free replacement for pearl barley if you cook on a budget. 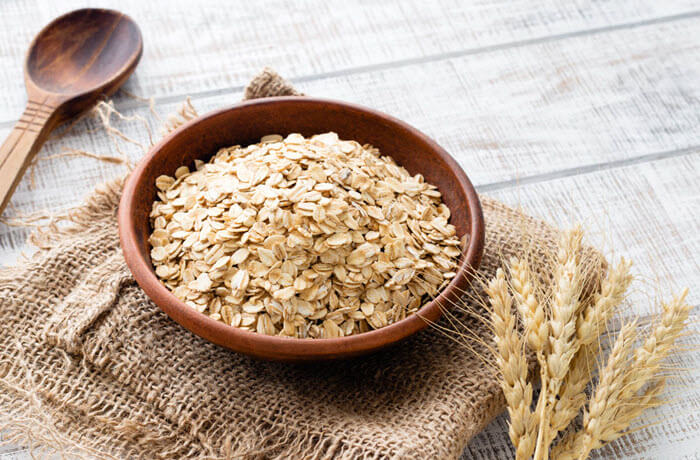 You probably have oats in your kitchen and haven’t thought of them as a pearl barley substitute; well, they are.

They may not have a nutty flavor like pearl barley, but they have similar chewiness.

Oats are not just gluten-free replacements; they are nutritious too. They contain fiber and antioxidants.

Replace pearl barley with oats in your bread, stew, oatmeal, and porridge recipes. 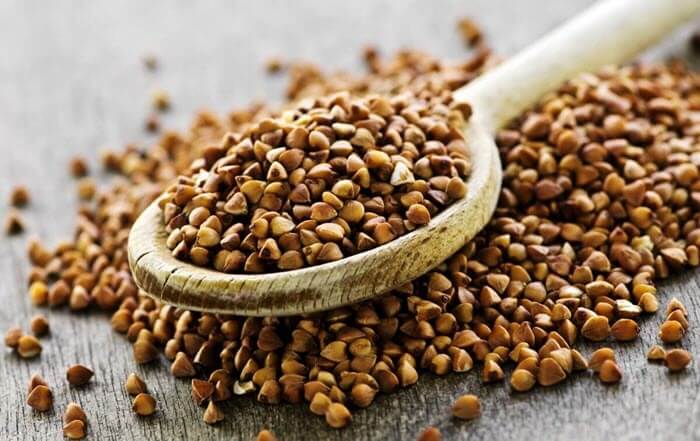 Buckwheat is an excellent gluten-free pearl barley substitute. And no, don’t allow the name to fool you; this is no wheat.

This grain-like seed has similar consistency and texture to pearl barley. It’s a celiac-friendly option, and it’s packed with nutrients.

Fiber, magnesium, copper, and manganese are minerals obtained from buckwheat.

Feel free to incorporate it into your salads, soups, oatmeal, and porridge. 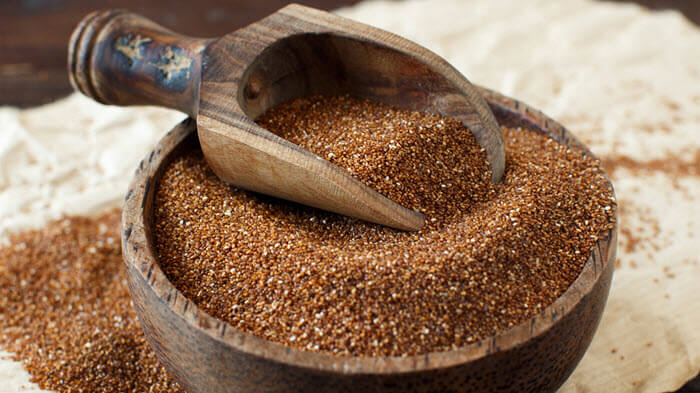 We recommend this fine grain of Ethiopian origin as a healthy replacement for pearl barley.  You may not have heard of teff [1], but trust us when we say its umami, deep nutty flavor is to live for.

Teff has a variety of colors and sizes, thus adding variety to your meal. You can use teff as a main or a side dish. But feel free to add to soups, muffins, bread, vegetables, or oatmeal. 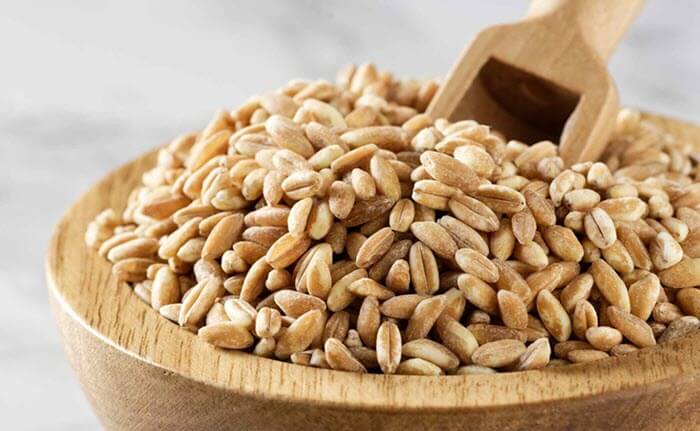 Farro is one of the best replacements for pearl barley. It has the same earthy, nutty flavor and chewy texture. Its taste can be described as a complex mix of oat and barley flavors.

It also comes in pearl variety; there is pearl farro. Calcium, fiber, protein, vitamin B, etc., are nutrients present in farro. 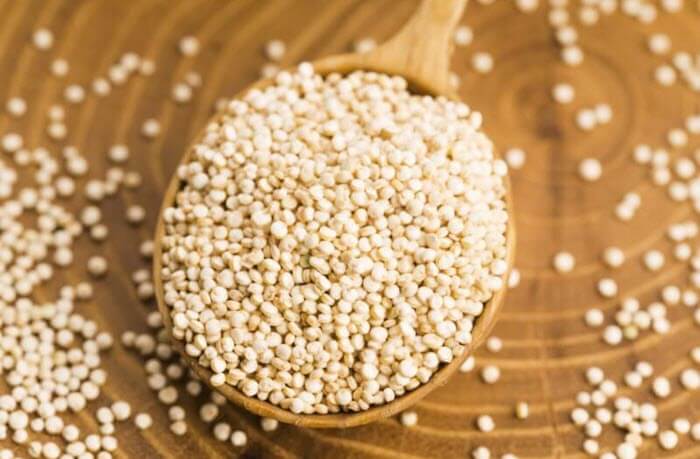 Quinoa is a fantastic alternative to pearl barley. This rich “grain” can replace not just pearl barley but also other grains.

Quinoa has a nutty flavor but is also slightly sweet. It has a chewy yet light and fluffy texture.

Quinoa has all the nine essential amino acids the body needs; this makes it a complete protein. An attribute that only animal products have.

Despite its protein richness, it also gives the grainy nutrients pearl barley offers, and it is gluten-free.

Fun fact: Quinoa is actually a seed, not a grain. It’s the seed of the goosefoot plant that’s related to spinach. Amazing!

Quinoa works excellent in salads, stew, and soup recipes. You can also use it in your risotto recipe; ensure you reduce the stock or broth amount. 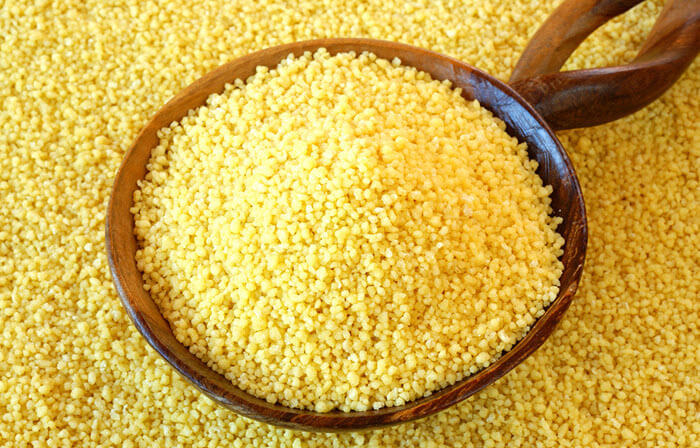 Sadly, couscous is not a gluten-free substitute. It originates from North Africa and is made from coarsely ground durum wheat.

Even though it’s not gluten-free, it’s rich in proteins and antioxidants. Couscous makes an excellent barley substitute in your favorite soup recipe. It works great in salads as well. 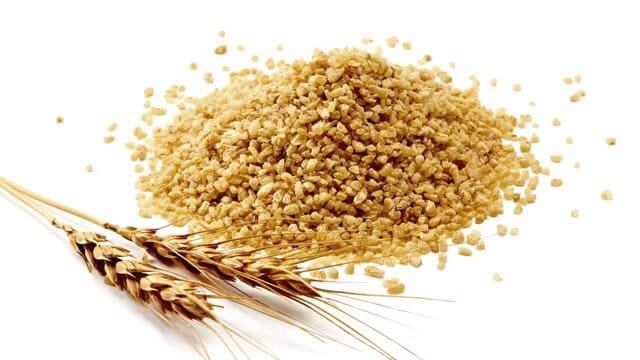 This is another replacement that contains gluten. Bulgur wheat is wheat, and it’s commonly used in salad tabbouleh [2].

Its taste and texture are nutty and chewy, the same as pearl wheat. It’s packed with vitamins, fiber, and minerals.

Bulgur wheat is easy to cook; use it in your bread, soup, or stew recipe.

Bonus: bulgur wheat has 12 substitutes available, if you don’t have it in your kitchen, you can still try one of its substitute. 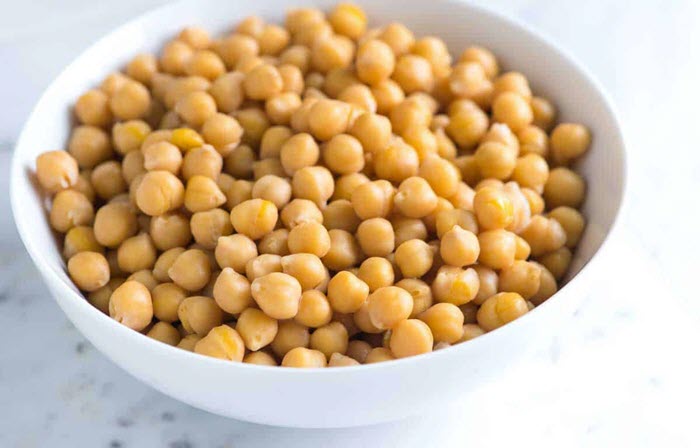 Chickpeas are gluten-free substitutes for pearl barley. This is because they are legumes.

Chickpeas are small-sized so you don’t have to worry about their size in your meal. They are also less starchy than most substitutes.

You can use chickpeas in salads, risottos, sandwiches, pasta or eaten alone.

This list of substitutes gives you the best replacements for pearl barley. Let’s answer specific questions.

Where can I buy pearl barley

You can buy pearl barley in grocery stores. You can find them in the dried beans section. You can always purchase it online as well.

Can I substitute pot barley for pearl barley?

Yes, you can substitute pot barley for pearl barley. However, pot barley has a longer cook time, so you might consider that when substituting.

No, pearl barley is not gluten-free. It just has its husk and bran removed.

Barley is a great grain; even in its absence, you can enjoy nutrient-packed grain-based meals by using substitutes.

Home > Substitute > 13 Best Pearl Barley Substitutes in Stew, Salad, and More
About Me