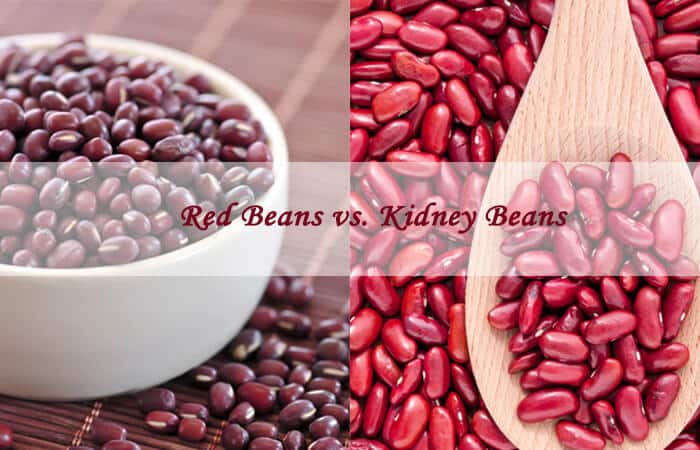 There are many bean varieties, and we incorporate them into our daily diets.

It’s common for people to confuse red beans with kidney beans and vice versa. However, kidney and red beans differ in color, texture, and flavor.

Continue reading this article to understand the differences between red beans and kidney beans.

Things About Red Beans You Need to Know

What Are Red Beans?

The name red beans come from the color of the beans. Red beans are small, about half an inch long, oval-shaped, and plump.

One may confuse red beans with Adzuki beans which are relatively similar in appearance and from East Asia.

Red beans are nutty and have a slightly sweet flavor. You will find them creamy and have a smooth texture; hence, they are preferred in many dishes.

What Are Red Beans Used for? 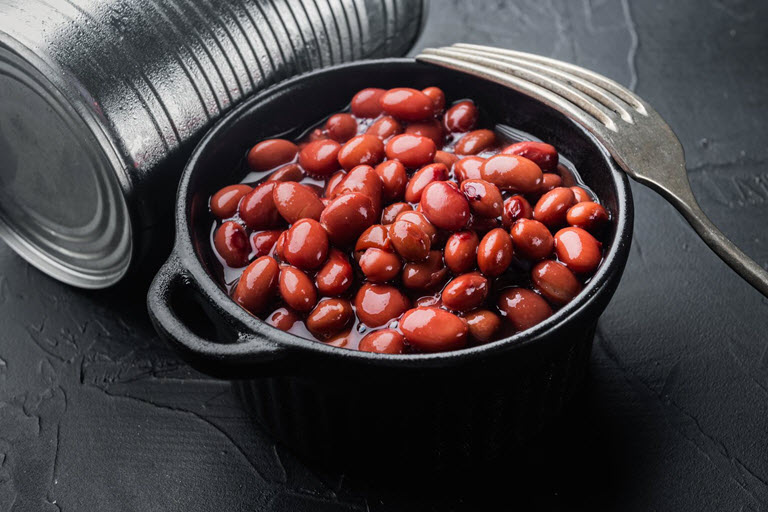 While red beans are a great addition to most menus, they are tasty when you eat them on their own.

Most people eat red beans with rice. Moreover, you can use them with bean salads, soups, and varieties of chili recipes.

Things About Kidney Beans You Need to Know

What are Kidney Beans?

Kidney beans get their name from their shape because they resemble a kidney, an organ in the human body. While many kidney bean varieties exist, only four types are the most common.

Secondly, red-speckled Kidney beans have a paint-splashed skin comprising white and red colors. They are often referred to as sugar beans. They are preferred to treat anemia [1] in pregnant women because they have high nutrient content.

Thirdly, light-speckled kidney beans have pink, red, or beige color and may come in a round or a long shape.

What Are Kidney Beans Used for? 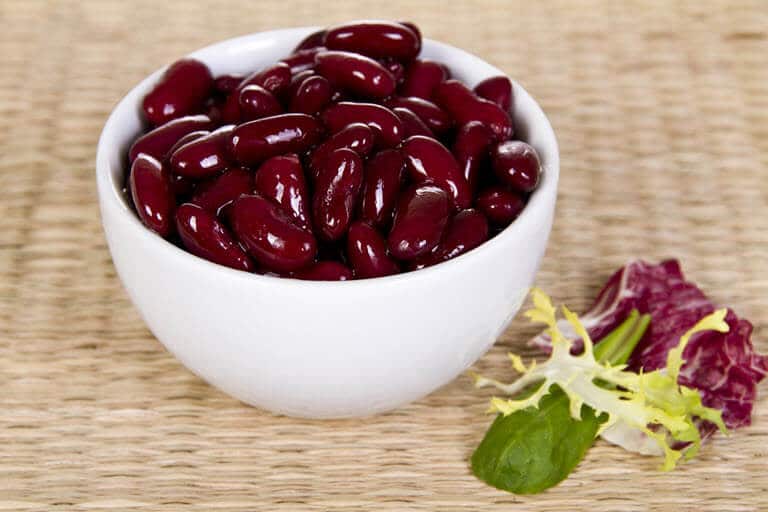 Typically, kidney beans are prepared with salads, soups, refried beans, and chili menus. You should cook kidney beans fully because they are toxic when raw or improperly cooked.

However, kidney beans contain phytohemagglutinin [2], a toxin that is destroyed through thorough cooking. When cooking kidney beans, it would be best to pre-soak and boil them for 30 minutes.

While most people confuse red beans and kidney beans, there are various factors that you can use to distinguish the two groups.

The beans’ color, texture, and shape are the basic distinguishing features between the two groups.

Kidney beans are larger than red beans. The small size of red beans is one of their key distinguishing features.

Kidney beans are shaped like a kidney, hence the name. Red beans are oval-shaped and small, commonly referred to as small red beans.

For most people, it is easier to identify and differentiate the two varieties based on shape.

Red beans are pink-red and look bright. On the other hand, kidney beans are crimson red. It is important to note that some kidney beans come in different colors depending on the variety.

Most people confuse red beans with dark red kidney beans. When unsure, check the size and shape of the beans.

Red beans have a beany flavor; depending on the variety, some have nutty undertones. Kidney beans have a meaty taste, and they are slightly sweet.

Kidney beans have thick and firm skin, which appears as a rough texture. Even if you cook kidney beans fully, they will be dense and harder on the inside. On the other hand, red beans are smooth and creamier.

Despite these differences, red beans and kidneys are easily interchangeable in most recipes without a significant change in flavor.

Many varieties of beans are red; hence, the name can be confusing. For instance, some kidney beans come in red but are not classified under red beans.

The term red beans refer to varieties of small beans, which are red, round-shaped, and commonly used in Mexican and Cajun recipes.

Red beans and Kidney beans have relatively equal amounts of nutrients. A kilogram of kidney beans produces various nutrients, as shown in the following table.

Kidney beans are rich in vitamin B6, calcium, magnesium, iron, and potassium.

When compared to kidney beans, red beans have slightly lower amounts of fiber, calories, and other nutrients. However, you will get relatively similar benefits if you consume either bed beans or kidney beans.

The preparation of red beans and kidney beans depends on the condition of the beans.

First, when using dried red beans, it is best to soak them for at least four hours. Soaking is important to soften the beans and remove the gassy content, which causes bloating [3] in some people.

Second, you can use the quick soak method [4] when in a hurry. After soaking the beans, you should rinse them and boil them for a few minutes. Leave them for about an hour soaking in hot water.

It would be best to soak kidney beans in advance to ensure they are safe for consumption. When using canned kidney beans, it is important to rinse them thoroughly.

Moreover, Kidney beans need to boil for at least 20 minutes to eliminate the toxins. You should avoid using a slow cooker because low temperatures are inadequate for removing such toxins. It is easier to use an oven, a pressure cooker or a stovetop.

Both red beans and Kidney beans have insignificant differences in their nutritional values; hence they are used interchangeably in many recipes. However, you will note differences in flavor and texture.

In many menus, red beans can be substituted with roman beans or cranberry beans, pink beans, and kidney beans.

Red beans and kidneys have similar uses in cooking. You can often use them in making dips, salads, pasta dishes, soups, chilies, or stews.

However, each variety is best known for making specific dishes.

For instance, red beans are a defining ingredient in Louisiana dishes, including rice dishes. Moreover, red beans are ideal for making dal, an Indian dish.

On the other hand, Kidney beans define the flavor of Mexican dishes, Indian rajma, chili con carne, and some Spanish rice dishes.

Kidney beans are best paired with cumin, bay leaf, fennel, oregano, and savory. If you have red beans, you can use them with cumin, cayenne, paprika, Cajun seasoning, and Italian herbs.

Both red beans and kidney beans work well with onions and garlic.

Both red beans and kidney beans have relatively similar shelf lives when canned. They can last for 3-5 days in the refrigerator when cooked.

Moreover, it would be best that you keep dried beans in cool, dry, and cool locations. If you are storing in containers, ensure that they are airtight.

FAQs About Red and Kidney Beans

Can I Use Red Beans Instead of Kidney Beans?

In cases where a menu requires canned beans, most people use red beans or kidney beans. Some people interchange the bean varieties without realizing it.

However, substituting kidney beans with red beans may not be a good idea, especially when you achieve a specific flavor and taste.

Most people prefer using kidney beans to make chili. However, when kidney beans are unavailable, you can use red beans and achieve great results.

The most significant difference between kidney beans and black beans is their size and color.

While kidney beans have a grainy texture, red color, and a sweet flavor, black beans are small, black in color, and with a shiny exterior.

While many people confuse kidney beans with red beans, the two groups have significant differences. Red beans differ from kidney beans in color, shape, flavor, size, and in texture.

However, kidney beans and red beans have relatively similar nutrient compositions. Many people use red beans and kidney beans interchangeably and some do not notice the slight differences in flavor.

If you do not have red beans or kidney beans, you can use their substitutes, which are relatively similar.

Home > Comparison > What’s the Difference Between Red Beans and Kidney Beans?
About Me