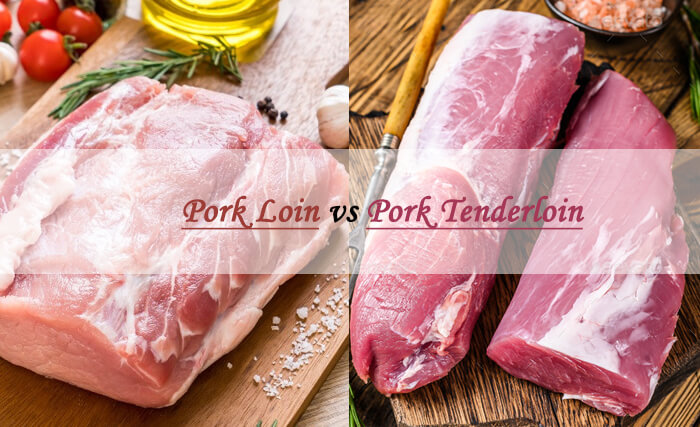 If you’ve ever shopped for a pork recipe, the odds are high that you’ve made a classic mistake: confusing pork loin with pork tenderloin. They sound similar, but they’re different cuts of meat.

Both are delicious, but confusing the two could spell disaster. To avoid making this mistake, keep reading to learn the differences between pork loin vs. tenderloin.

What Is a Pork Loin? 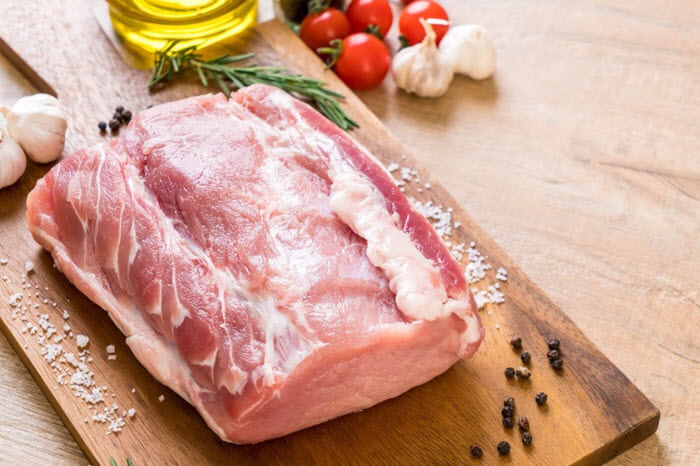 Pork loin is also called pork loin roast or pork loin rib half. It’s easy to identify by its large/wide appearance, which you can purchase either boneless or bone-in.

Boneless pork loin is more common, as it’s easy to slice into medallions after cooking.

Where Does Pork Loin Come From?

Sometimes, the pork loin gets sold as a pork crown roast or a rack of pork when the butcher leaves the backbone or the rib bones intact.

What Is Pork Tenderloin? 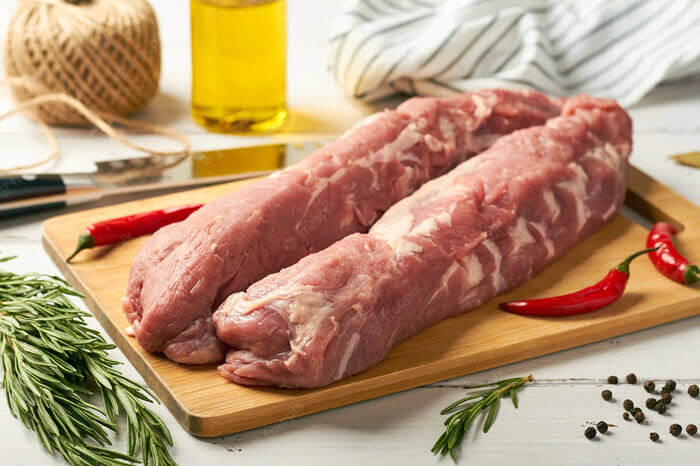 You may hear pork tenderloin referred to as pork filet or pork tender, but these names all reference the same thing: a thin and lengthy cut of pork.

Pork tenderloin is always boneless, long, and skinny. It’s usually sold in pairs because each tenderloin weighs about a pound.

Where Does Pork Tenderloin Come From?

Pork tenderloin comes from the muscle that runs along the pig’s backbone. This particular muscle isn’t responsible for movement, leaving it super tender.

What Is the Difference Between Pork Loin and Tenderloin? 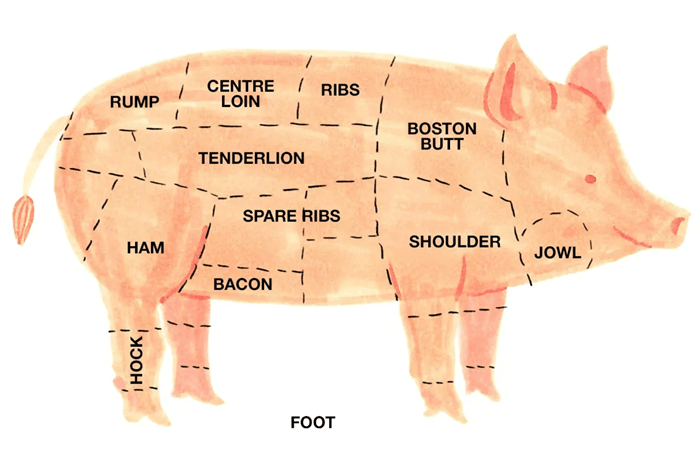 Both cuts are popular meats, and they both cook well with marinades. However, they’re different cuts of meat and therefore are not interchangeable.

Thankfully, once you understand the differences between the two, they’re easy to distinguish.

Pork loin is best for grilling or slow-roasting, and the pork tenderloin tastes best when cooked quickly over high heat.

The easiest way to distinguish between the two is by looking at the meat’s size.

Pork loin is thick and wide and has a fat cap on the top. On the other hand, pork tenderloin is thin and narrow with no visible fat (or very little).

You may be wondering what a pork loin looks like and how it compares to a pork tenderloin.

Aside from having distinct sizes and shapes, the color of each cut is also different. Pork loin is pale pink, while pork tenderloin is darker. It can be a dark pink or even reddish color.

Both cuts of meat also have their own unique taste.

If you cook it correctly, it’s juicy and tender. You can thank this meat’s fat cap for its juiciness, which helps pork loin stay moist throughout the cooking process.

Pork tenderloin is also flavorful but doesn’t have as much fat.

If you overcook pork tenderloin, it’s likely to taste dry and flavorless, so always pay close attention to cooking times.

How should you cook pork loin?

As a rather large cut, pork loin responds well to slow roasting. It works excellently in the slow cooker or the oven, making it relatively low maintenance.

The best recipes usually involve grilling or searing the cuts first. That way, you get a nice, crispy exterior while creating a barrier to keep the juices inside the meat.

Afterward, pop it in the oven or slow cooker and wait for it to cook.

How should you cook pork tenderloin?

Pork tenderloin is best marinated and then cooked quickly.

Most people find that searing it in a cast-iron skillet works well, but you can also grill it or roast it.

And of course, be sure to remove the cut’s silver skin before cooking to prevent chewiness. All you have to do is pull it off, and you’re ready.

If you compare a three-ounce serving of pork loin and pork tenderloin, you’ll find they are alike.

Pork loin has around 150 calories and 5 grams of fat, slightly more than pork tenderloin, which comes in about 120 calories and 3 grams.

As you can see, the primary difference is in the fat content [2]. Pork tenderloin is leaner because pork loin has a layer of fat along the top.

FAQs About Pork Loin and Tenderloin

Here are some more common questions about pork loin and tenderloin.

Yes, pork loin is a lean and tender cut of meat.

Which is better, pork loin or tenderloin?

It’s impossible to declare one better than the other. Some people like pork loin better than tenderloin. However, pork tenderloin is incredibly tender, and many others prefer its taste to pork loin.

The best way to find out which cut you like is to try them both.

Can I substitute pork loin for tenderloin?

No chef would recommend you substitute pork loin for pork tenderloin or vice versa.

Pork loin has long cooking times, and if you cook pork tenderloin for the same amount, it’ll dry out.

On the other hand, if you swap pork loin for pork tenderloin, you’ll end up with a delicious piece of raw meat.

Which is more expensive, pork loin or pork tenderloin?

Pork tenderloin is generally more expensive. It’s one of the most tender meats available, so it’s usually pricier than pork loin.

If you’re cooking for a large group and looking to save, it’s better to choose a pork loin recipe.

Furthermore, both cuts of meat have their rightful place in the kitchen and recipe books– so be sure to pick the right cut next time you’re at the market!