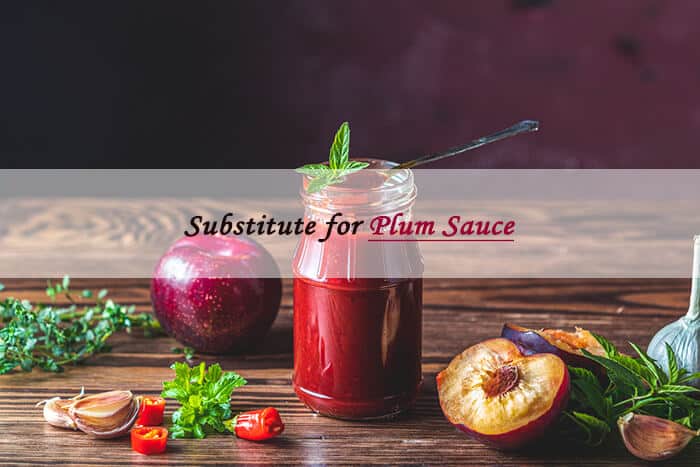 Plum sauce is a sweet and sour sauce frequently used in Asian cooking. It is used along with other sauces for Asian cuisines such as dumplings, roasts, and rice.

But what if you run out of plum sauce? What are the alternatives?

What Can You Use Plum Sauce for?

Plum sauce can be used as along with wontons, rolls, dumplings or as a glazing sauce for meats.

This sauce can also be created using peaches, apricots, or even pineapple, depending on the recipe.

What Can You Substitute for Plum Sauce? 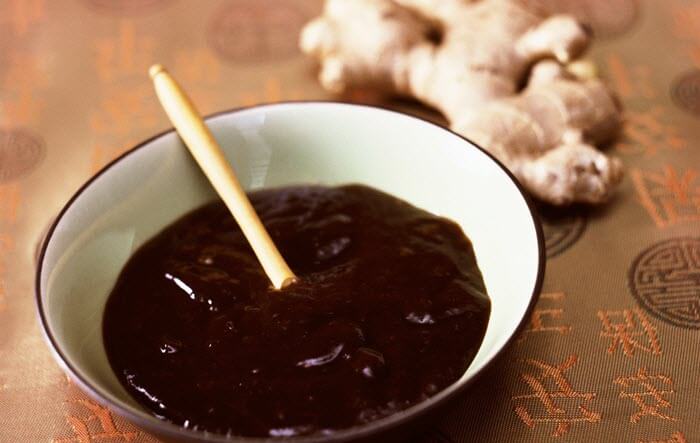 Hoisin sauce is a thick, reddish-brown sauce that has a sweet and sour flavor. It is a common condiment in Chinese cooking and is perhaps the most similar replacement for plum sauce.

It is prepared using soybean, fennel, chili, garlic, vinegar, and sugar. Hoisin sauce has flavor qualities that are comparable to those of plum sauce. 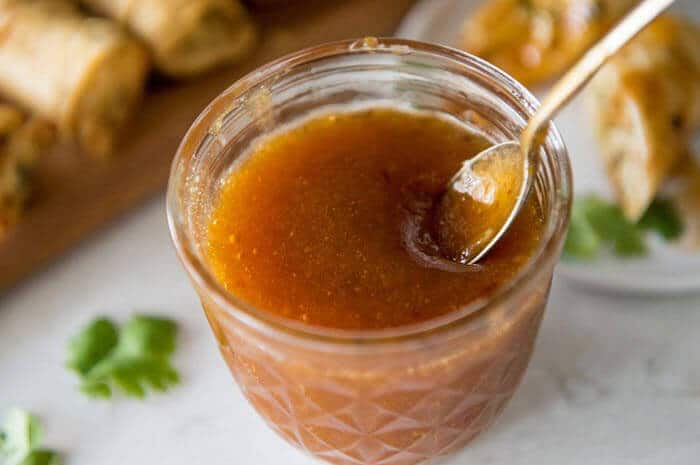 Do not let the name mislead you. This sauce was not produced using ducks. The sauce was known as “duck sauce” since it was frequently served with roasted duck.

Because duck sauce also contains plums, sugar, vinegar, ginger, and chili peppers, it can be used in place of plum sauce to a great extent. It has an orange appearance, a sour and sweet flavor, and a jelly-like consistency.

You could consider duck sauce to be a sweeter version of the standard Chinese plum sauce. For dipping or serving deep-fried or roasted meat, duck sauce is a great substitute for plum sauce. 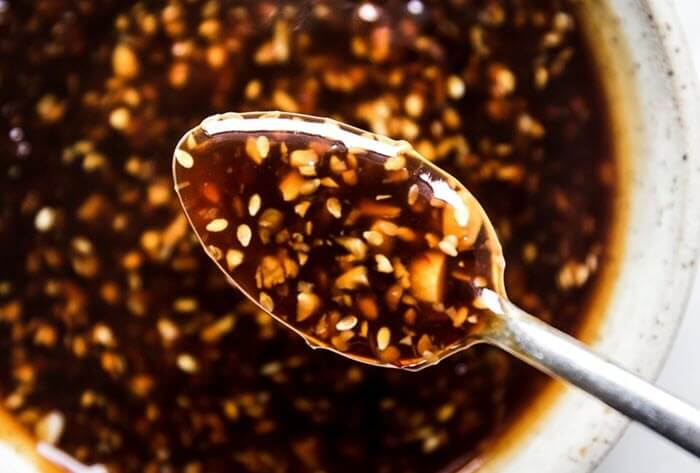 This is a Japanese sauce that is made using ginger, soy sauce, sugar, and garlic. It has a tangy, sweet flavor, and the spices make it a delicious choice for savory foods.

It frequently goes with seafood and is used as a cooking sauce.

Garlic teriyaki sauce is best for substituting plum sauce as a coating or in dips. The reason is, when condensed, this sauce takes on a silky form. 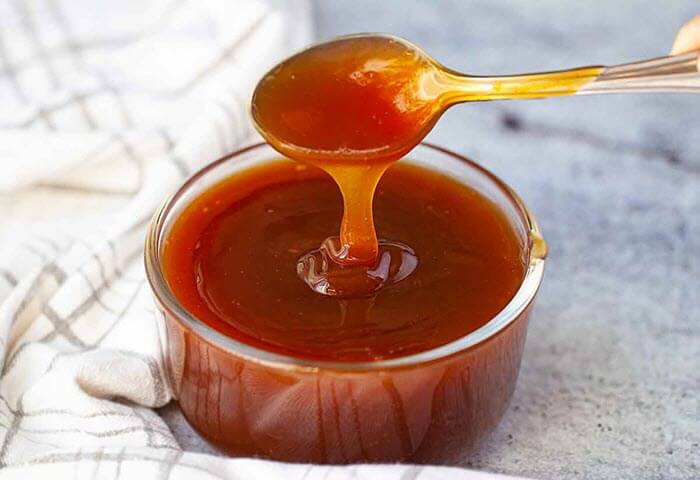 There is no ambiguity regarding the name. Due to its well-balanced sweetness and tartness, the sweet and sour sauce can be used as a substitute.

Equal parts of sugar and rice vinegar are combined to prepare this sauce. Pears and pineapples are occasionally added as well.

This sauce can substitute plum sauce as it has a similar sweet and umami flavor profile. This sauce is usually used for marinades, dipping and for frying. 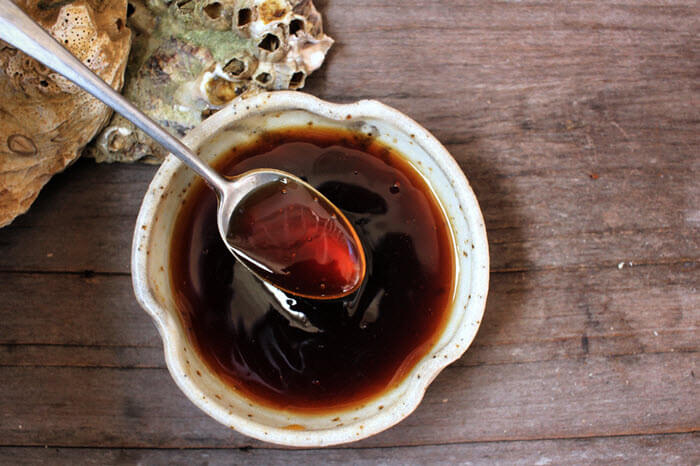 Salt, sugar, and oyster juices are the primary ingredients in oyster sauce. It has a much umami flavor and is both sweet and acidic.

Due to this, oyster sauce is a good substitute. It can be served with grilled vegetables, roasted meat, dumplings, and many other Asian dishes. 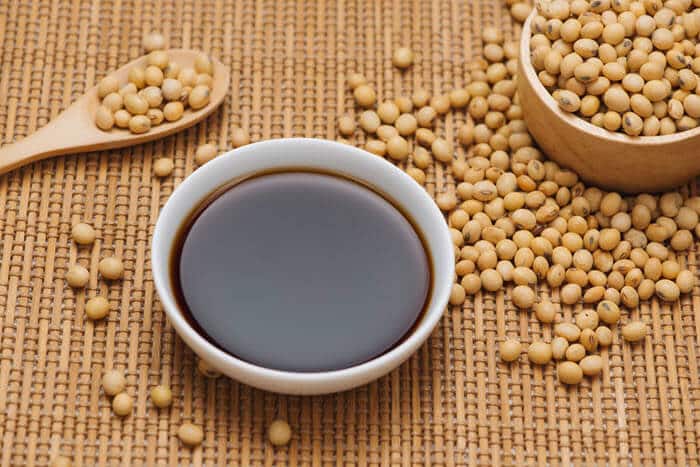 One of the most well-liked sauces in Asian cuisine is this dark liquid. It is adaptable enough to serve as both a dipping sauce and a seasoning for stir-fries.

Soy sauce can easily take the place of plum sauce because they both have a well-balanced flavor profile with notes of bitterness, umami, and sweetness.

Light soy sauce is frequently used as a replacement because black soy sauce has the potential to alter the color of your cuisine. If you’d prefer to prevent a color change, think about using white soy sauce. 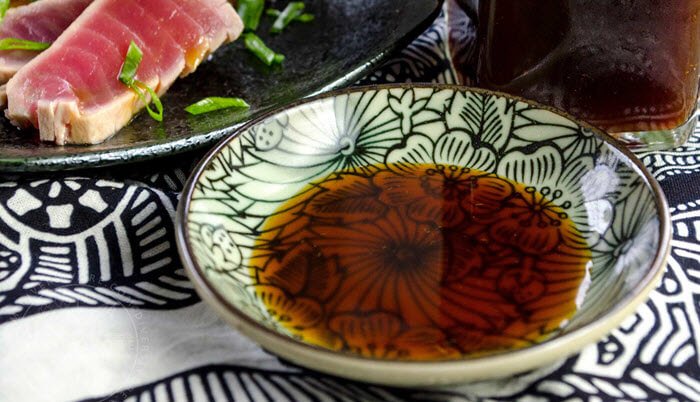 Contrary to the plum sauce, which has a sweet taste, ponzu has a mild, lemony flavor.

You can use ponzu as a flavoring or dipping sauce for your roasted chicken or dumplings. 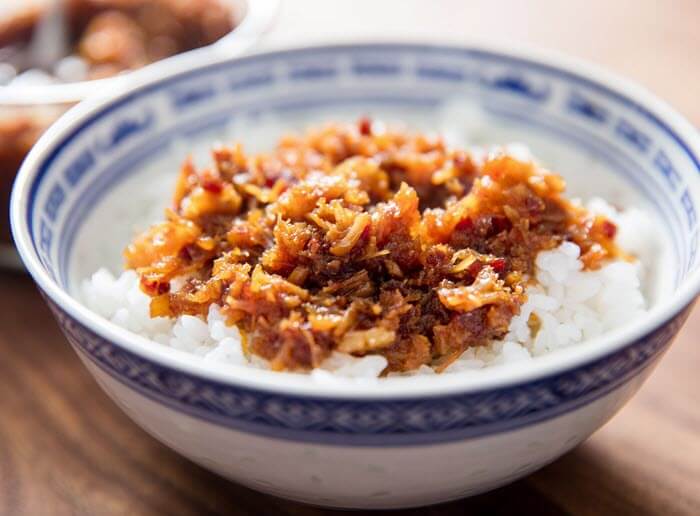 XO sauce is a hot seafood sauce that comes from Hong Kong and is made using dehydrated shrimp, red chili, garlic, canola oil and many other ingredients.

The sauce lives up to the term XO’s connotations of opulence and supremacy in every aspect. It tastes very good because the XO sauce has a strong fishy flavor.

It has a complex flavor profile that heavily emphasizes umami with undertones of sweetness and saltiness to balance it out.

Because of its powerful, spicy flavor, XO sauce is an excellent substitution for the plum sauce in any cuisine. 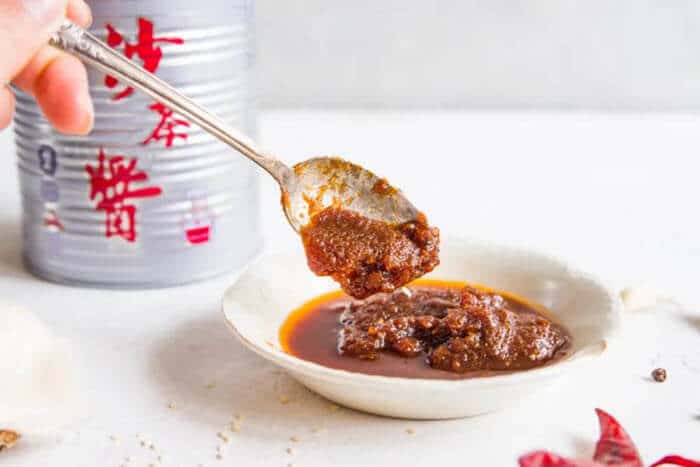 The play of flavors includes sweetness, saltiness, and heat. Sha cha sauce can be used as a marinade sauce, dipping, or with any other dish which calls for the plum sauce as the flavors are comparable. 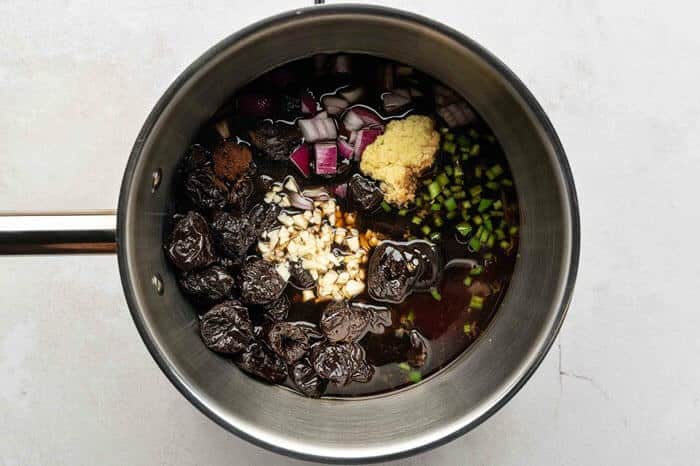 You can use dried plums or prunes (a different kind of tree than a plum tree) in place of the plum sauce. Simply said, boil them in water in a skillet until they are mushy and soft.

Let them cool, and then blend them with sherry, soy sauce, and garlic. Enjoy your meal and add spices to suit your tastes.

1. Over medium heat, combine all items in a medium saucepan and boil them.

2. Cook for 25 minutes, or till the plums are tender and the mix becomes thick.

3. Take the sauce off the heat, and then transfer it into a blender. Return the pot to the blender after smoothing. (Alternatively, you can mix everything in the saucepan using an immersion blender. Hot liquids should be blended carefully!).

4. The plum sauce should be brought back to a boil before being ladled into hot, sterilized jars with 1/4-inch headspace.

5. Then, sterilize the jars in boiling water bath for around 10 minutes.

6. Fill the sterilized jars with the plum jam. Before storing, inspect the seals.

Is Hoisin And Plum Sauce The Same?

No, they are different sauces with comparable taste. Like hoisin, the plum sauce also consists of garlic, soy sauce, vinegar, and sugar, but the main ingredient of this sauce is the plums.

Hoisin and plum sauce can be used in many Asian dishes like dumplings or soups, even though the plum sauce is sweet and sour.

Can I Substitute Plum Sauce For Oyster Sauce?

Yes, the oyster sauce has the same distinctive sweet and sour flavor as the plum sauce. It tastes less sweet than plum sauce and has deeper umami undertones.

Oyster sauce and plum sauce are both Chinese food staples.

Where To Buy Plum Sauce?

You can buy plum sauce from your local grocery store or online. But it is recommended to prepare plum sauce at home which tastes best.

Plum sauce is a wonderful addition to your dishes, but when you don’t have any in hand, you can use any of the above alternates.

Use them as you see fit, and comment what works best for you!

Home > Substitute > What Can You Substitute for Plum Sauce? 10 Options
About Me