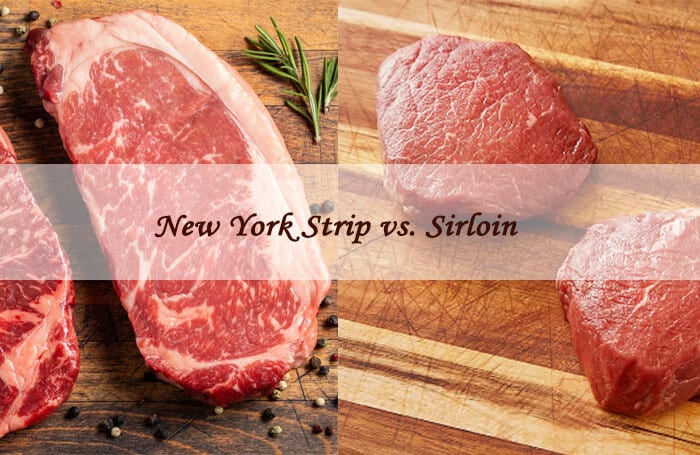 After the ribeye, Porterhouse, and filet mignon, the sirloin, and New York strip steak are the most popular steak cuts ordered in restaurants because they are flavorful, meaty, and soft.

Although the sirloin is chewier, this steak cut is more economical and adaptable, making it the best choice for frying, broiling, and braising. Roasts frequently include bottom sirloin as an ingredient.

You may think, what distinguishes these two steak slices from one another?

Well, to assist you in choosing which meat cut to offer at your upcoming barbeque or dinner party, we’ll explore the New York strip and sirloin in more detail.

The sirloin steak is comparable to the New York strip, whether it is top sirloin or normal sirloin.

These beef slices are equally as tasty and high-quality as New York strips, but they are less expensive.

The type of steak you require hinge on your liking.

New York strip is more expensive than sirloin, and it tastes better when cooked more simply, like by pan searing or grilling on high with butter, salt, pepper, and if preferred, garlic and rosemary.

But you can cook sirloin in any recipe that calls for broiling or braising. This cut works great in stir-fries as well.

The distinguishing feature is that New York strip steak has greater marbling and is typically more expensive as a result.

What is the New York Strip?

The short loin prime stock sub-primal is where the New York strip steak is sliced. The tenderloin and strip loin are two parts that make up this muscle, which is situated on the back of the steer.

Because there are so many muscles in the area, when cooked, the New York strip has a tough texture and a deep flavor. 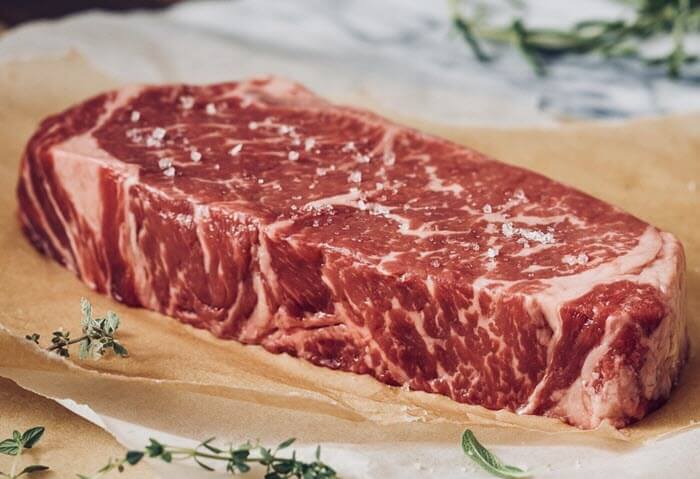 The quality, tenderness, and flavor of New York strip steak are renowned. Traditionally, a dry and crispy crust or a generous amount of melted butter is served with New York strip.

Due to its flavor and well-marbled texture, the strip loin is a highly sought-after cut. Although slightly less tender than ribeye or porterhouse steaks, this cut of beef is still exceptionally lean. In the US, it is a particularly well-liked meat cut.

What is the Sirloin?

The sirloin region is located at the back of the cow, between the hips and the last rib. The sirloin is available in two parts:

One of the leanest and least calorific steaks is the top sirloin. It is a versatile cut that is delicate and mildly seasoned.

Typically, it is first stripped of fat and sinew before having any outside fat removed. On your dinner table, the top round is frequently made from the top sirloin. 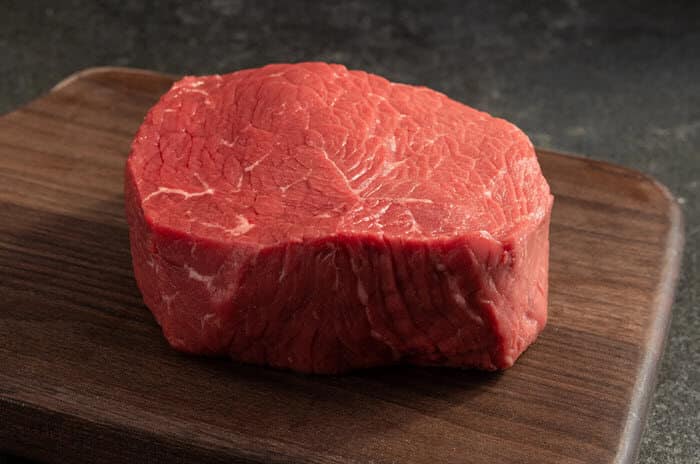 The bottom sirloin is a particularly lean muscle that is perfect for roasting. It is normally sliced for roasting and has both the fat and the sinew removed.

Only rarely is the flap region of the bottom sirloin used for steak since it is a rough extension of the flank. It is typically mashed up and sold as stew or hamburger.

When contrasting the New York strip and sirloin, it’s crucial to keep in mind that the former is only a part of the latter.

Both the steak types are delightful, tender, and juicy. These two types of steak, however, have many differences.

However, both the New York strip and the sirloin are exceptional options if you require a tasty and soft steak for dinner.

New York strip steak is more flavorful due to the marbling. It is a good choice to grilling as it has an intense flavor. However sirloin steak can also be grilled after marinating.

Both the New York Strip and Sirloin comes from the loin, but they differ in flavor and texture.

The Sirloin is less tough having an earthy flavor, while the New York Strip has a more scandalous, tender and intense flavor.

The New York strip comprises a thin fat layer over the upper edge too contributing more taste and moisture. You can select the New York Strip if you like a tasty steak that is also easy to chew.

You can choose the Sirloin, if you’re looking for a steak with more character.

Even though top sirloin is a lean cut and benefits from rapid cooking, this gives it a soft texture that other sirloin cuts cannot equal.

A noticeable fat cap and a fair degree of marbling, both of which contribute to the juicy texture of the New York strip, set it apart from other cuts of meat.

Since sirloin is leaner all over, overcooking it can result in it being tough and dry.

You can use the New York strip in wrapped meat recipes like beef braciole and it tastes great as a breakfast dish when served with fried or scrambled eggs.

Beyond that, its finest had alone, possibly with mashed potato or asparagus.

On the other hand, top sirloin can be utilized in a variety of dishes, including tacos, stir-fries, and appetizers. It can be used as a sandwich filling or salad topping or it can be skewered with diced peppers and onions to form festive shish kebabs.

Even though the meat will be thinner than conventional ground beef, you can grind it and use it to make hamburgers.

Top sirloin is the best choice if you want to stay within your budget. The average price per pound is $10, compared to up to $15 for the New York strip.

The fat layer in the New York strip is the reason for its juicy and flavorful texture.

Though the sirloin lacks this extra marbling, the steak is still slender with more meat available.

Home > Comparison > New York Strip vs. Sirloin: What’s the Difference?
About Me