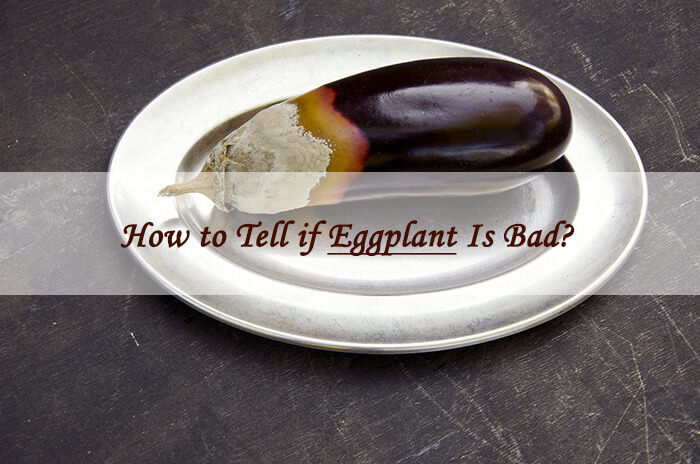 Eggplants are great to use in a variety of dishes, and even as a meat substitute. It can be hard to use this fruit before it goes bad though.

Maybe you’ve cut open that eggplant you bought last week and were confronted with something less than appetizing.

While some may play things risky, it is always best to make sure that the food you are eating hasn’t expired. Here, we’ll show you how to tell if eggplant is bad.

Eggplant will spoil like any other produce. It doesn’t last long after ripening, even when stored in the best conditions.

You can avoid early spoilage by buying an eggplant when it is freshly harvested and keeping it in proper storage conditions away from ethylene-producing fruit like bananas.

Freezing eggplant may be the best option if you need it to last longer than a couple of weeks, though freezing can be time-consuming.

How Long Does Eggplant Last?

Even if you store eggplant in perfect conditions, it will only last four to five days.

If you can’t keep it in the best storage conditions, you should expect it to start spoiling before four days.

While eggplant can last almost two weeks stored correctly, you may want to cook your eggplant as soon after purchase as you can to ensure it stays at the best texture and flavor.

How to Tell if an Eggplant Has Gone Bad?

Typically, relying on visual cues and the feeling of the vegetable will tell you if the eggplant is still safe to eat. But you should pay attention to the smell and taste as well.

If the color of the eggplant or the eggplant skin doesn’t look right—for example, if the skin is brown or darker than when you purchased the fruit—you shouldn’t eat it.

If the eggplant feels very soft or mushy, that is another sign it has spoiled.

A slimy or gummy texture on the eggplant means it has likely started rotting.

You can also smell or taste (a tiny amount) to see if there is anything off about the eggplant.

If you smell something rotten, it is a sign of spoilage. A bad or unusual taste also should not be ignored.

How to Properly Store Eggplant 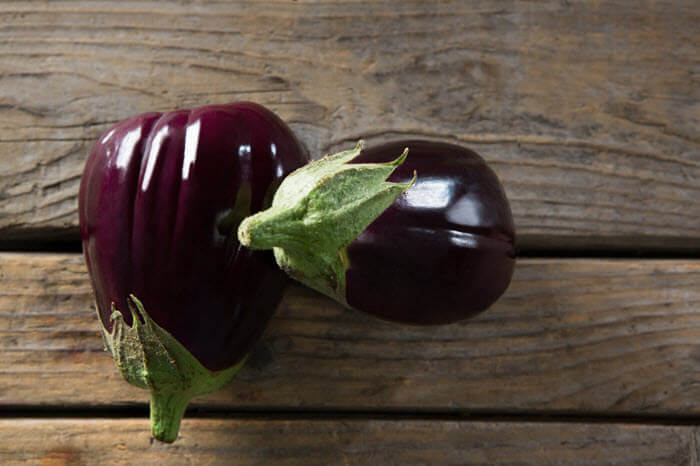 To keep your eggplant good for as long as possible, store it in the proper conditions.

Eggplants should be kept within a certain temperature range and humidity. They should also be kept separate from ethylene-producing [1] fruit and veggies.

You should keep eggplants stored [2] in temperatures between 46 and 54 degrees Fahrenheit, with high humidity. Keep eggplants away from ethylene, as this gas can make the eggplant spoil faster.

Under these ideal conditions, eggplant can last up to two weeks.

You want to avoid keeping eggplant in temperatures too far under 45 degrees, as they can become damaged by low temperatures.

Keeping eggplant in your fridge’s crisper drawer or a plastic bag to preserve humidity can help it last longer.

Cook It As Soon After Purchase

Eggplant will not ripen further after harvesting—like bananas—so using it soon after purchase or harvest will ensure you get the best quality. 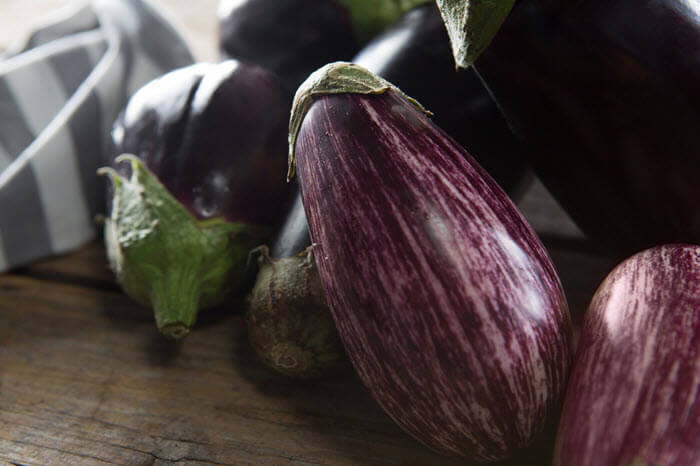 Your risks of eating bad eggplant can vary with the condition of the eggplant and your immune system.

The Risks Can Very from People to People

The USDA [3] states that spoilage bacteria alone probably won’t make you sick. These are the bacteria that make fruit and vegetables slimy and soft. Spoilage bacteria do not always make people ill.

People with weaker immune systems may become ill after eating spoiled food that has started to grow mold or other bacteria. Though if food is heavily laden with mold and bacteria, it will likely make anyone feel sick if consumed.

Not All Spoilage Bacteria Are Harmful

There are different types of spoilage bacteria, some of which are harmful to people. These harmful bacteria (called pathogenic bacteria [4]) are normally found in spoiled meat and dairy products, rather than fruit and vegetables.

The byproducts of spoilage bacteria can produce unpleasant tastes, making food unappetizing. Most spoilage bacteria found on vegetables and fruits are harmless to people (outside of offensive smell and taste).

Some bacteria can make the eggplant go bad without causing any smell or off-taste, and these are the bacteria that normally result from poor food storage.

How to Correctly Eat

If the eggplant is apparently spoiled or rotting, throw it away to prevent illnesses.

Eggplants that have browned flesh can be perfectly fine—if a little bitter—to eat if they do not show any other signs of rot.

You should refrigerate cooked eggplant within 2 hours and should not leave the leftovers in the fridge for more than a few days.

Can You Freeze Eggplant?

You can freeze eggplant, but freezing a fresh one will require a bit of work to ensure that the texture and flavor don’t change too much.

Freezing a fresh eggplant requires you to blanch and lay it out on parchment paper before throwing it in the freezer for a flash freeze.

After they’ve frozen—around three or four hours—you can transfer the eggplant into a freezer bag or storage container.

Eggplant can last up to a year after freezing if kept in the freezer.

Use frozen eggplant in any dish that calls for cooked eggplant.

You can use your fresh-to-frozen eggplant and roast it, bread and fry it, among many other things. Frozen cooked eggplant can be thawed and eaten or added to other dishes. 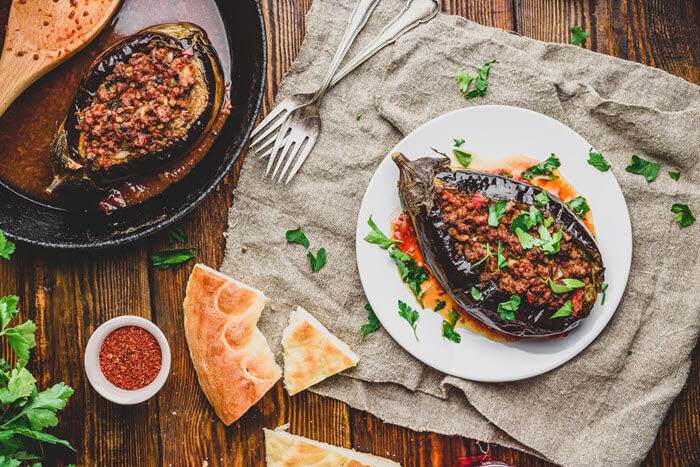 Freezing cooked eggplant requires less work than freezing fresh eggplant. You simply cook the eggplant and then put it into a freezer-safe container.

Eggplants are a great fruit to use in many dishes, but they spoil just like any other food.

Eggplants will last up to 2 weeks if stored properly and can be frozen for future use without altering the taste and texture.

While it likely won’t be risky to eat a spoiled eggplant, it’s best to throw out any suspect food rather than gamble with your gastrointestinal comfort.

Home > Info Guides > How to Tell if Eggplant Is Bad? How to Store It Correctly
About Me