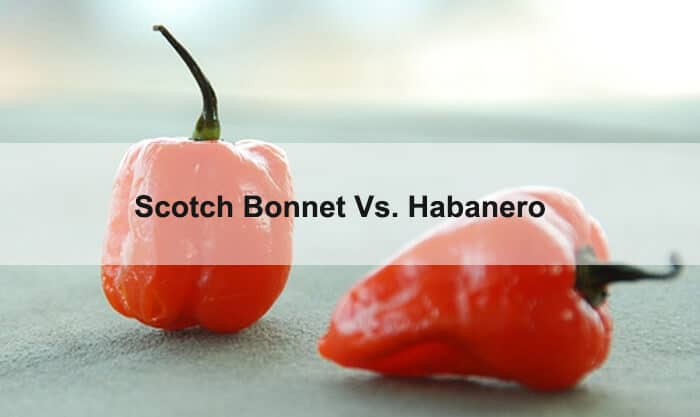 Are you looking to make a delicious and spicy sauce or a chili for a cook-off? Then you will need to get some awesome chilies as your main ingredient. Yet, which type of chili pepper should you choose?

There are multiple types, but two of the most popular ones are Habanero and Scotch Bonnet. In this guide, you will learn all about Habanero vs Scotch Bonnet chili peppers and obtain a complete comparison between the two.

Is Scotch Bonnet the Same as Habanero?

While not exactly the same, there are significant similarities between the Scotch Bonnet and Habanero chili peppers.

Both Are Hot & Spicy

For example, both types of chili peppers have a fruity taste and some sweetness. And both are very hot and spicy, if it’s too hot for you, try using some green chilies instead.

These two types of chili peppers are some of the hottest ones on the planet. When making any recipe, such as a sauce or a Mexican dish, you can substitute out one type of chili pepper for the other. Both provide a similar taste. 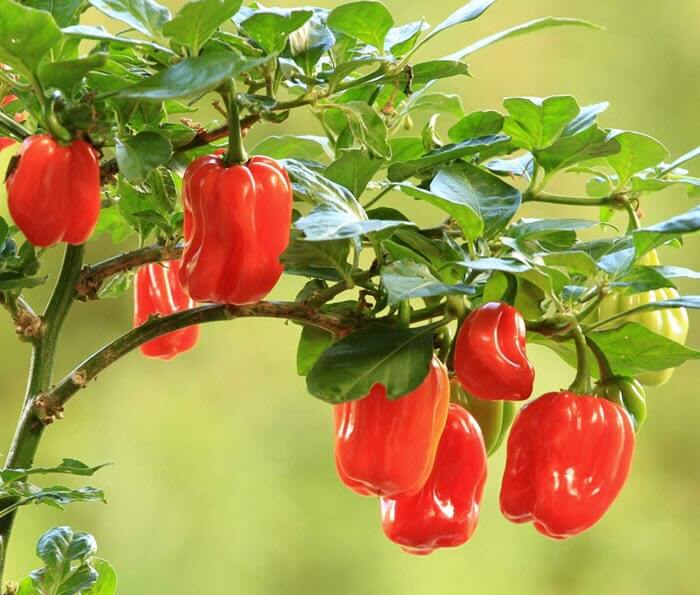 Both the Scotch Bonnet and the Habanero peppers belong to the same plant family and genus. The heat rating between both chili peppers is 100,000–350,000 Scoville units.

In addition, both sets of peppers can come in a variety of colors, including green, yellow, orange, and red.

However, there are specific differences between the two chili peppers that you’ll want to know about before trying to use them interchangeably.

Difference Between Scotch Bonnet and Habanero

The Scotch Bonnet pepper comes from Caribbean and West Africa, while the Habanero chili pepper tends to grow in Mexico and South America.

Scotch Bonnet peppers are generally used in the Caribbean region.

The two types also have somewhat different shapes. The Scotch Bonnet looks more like a globe, while the Habanero has a teardrop shape. 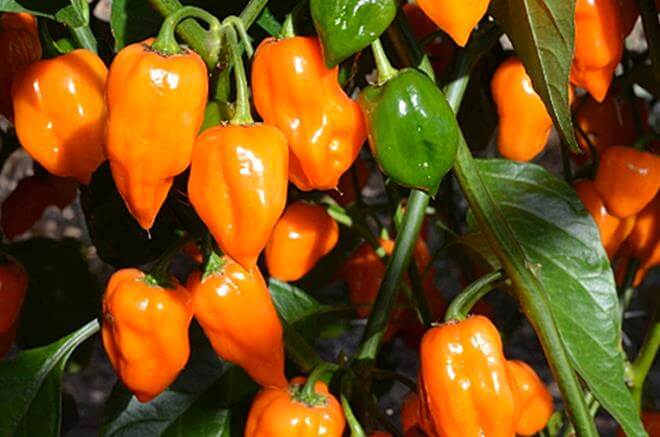 When completely matured, Scotch Bonnets are often bright red in color, which means they also look extra spicy. These chili peppers are often used in African dishes, such as soups and stews. Habanero peppers tend to turn red or orange when they mature, which also shows their spicy nature.

This makes it easier to tell the two apart just by looking. Their appearance may be somewhat different, but the heat rating or spiciness of the two peppers are the same.

Another interesting difference between the two chili peppers is that the Scotch Bonnet pepper tends to have a sweeter taste even though both have a fruity flavor.

The health benefits of Scotch Bonnet [1] chili peppers are:

In general, these chili peppers are good for your overall nutrition and even have medicinal properties. For instance, the Scotch Bonnet has capsaicin, which is often found in analgesic medications.

The roots of these peppers can also be used to treat asthma. You can add these peppers to your soups and treat your chest congestion as well as prevent sinusitis.

Habanero chili peppers have various health benefits, such as:

Furthermore, research shows that people who eat hot and spicy food tend to live longer than those who don’t have a spicy diet. As such, adding chili peppers into your diet will actually elongate your lifespan.

They can also end up with nausea, vomiting, and/or an upset stomach. These hot peppers could trigger a burning feeling in your stomach, which will act as if you’ve consumed poison and will move to try to remove that substance. This means you might end up vomiting.

To determine whether you’re likely to experience these side effects, see how your body reacts to slightly spicy foods. You can also try to train your body by consuming gradually spicier foods over time.

The Habanero pepper can have negative effects on your tongue and bowels if you eat it raw.

Since Habanero chili peppers have capsaicin, you may find that this particular agent is somewhat of an irritant and can even harm the lining of the stomach. This can lead to medical conditions like gastritis and colitis. These peppers can also aggravate pre-existing ulcers.

If you’re not used to eating hot peppers or very hot sauces, then you will feel extreme pain from the high heat on your tongue. The pain can last for as long as 20 minutes.

Which is Hotter: Habanero or Scotch Bonnet?

As such, they are equally hot and spicy. Neither wins out on the spiciness scale.

Don’t know how hot are they? For comparison, most jalapeño peppers have a heat rating of 2,500 to 8,000 Scoville units.

FAQs About Habanero vs Scotch Bonnet

What is Scotch bonnet pepper?

Scotch Bonnet pepper (also known as bonney pepper or Caribbean red pepper) is a variety of chili pepper which can be found in the Caribbean and West Africa.

Scotch Bonnet is similar to Habanero but are larger and more rounded at the top. When ripe, Scotch Bonnet peppers turn from green to a bright orange, yellow or red color, some even a chocolate brown.

The peppers are usually used fresh, but can also be dried and ground into a powder. They have a sweet and fruity taste with an extra level of heat (100,000–350,000 Scoville units).

It is one of the most popular peppers used in Caribbean cuisine. Including stews, curries, sauces, and salsas. It can also be pickled to create a hot pepper sauce.

Scotch Bonnet peppers are a good source of vitamin C, and also contain vitamin A and B6. They are low in calories and have no fat or cholesterol. 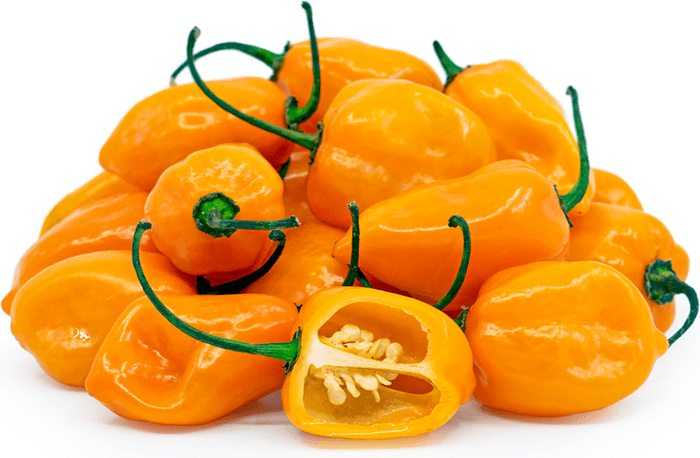 The Habanero pepper is a small, teardrop-shaped pepper that ranges in color from green to orange to red. It is one of the hottest peppers in the world, measuring between 100,000 and 350,000 Scoville units.

Habanero peppers are most often used in Mexican and Caribbean cuisine to add heat and flavor. They are available fresh, frozen, or dried, and can be used in sauces, relishes, and salsas.

Habanero peppers are a good source of vitamins A and C, as well as potassium. They also contain beta-carotene and capsaicin, which is responsible for their heat.

How to make Mango Habanero sauce?

If you’re looking for a new and exciting sauce to add to your next meal, look no further than Mango Habanero sauce. This spicy and fruity sauce is the perfect way to add a touch of heat to any dish.

Now that you have learned all about the similarities and differences between the Habanero and the Scotch Bonnet chili peppers, you can use them in your cooking recipes. Adding chili peppers to your diet might even extend your lifespan.

Feel free to go out and make an excellent sauce, spicy dish, or some chili. Serve it to your family if they love very spicy food!

You may like: Ghost Pepper Vs. Carolina Reaper: Which is Hotter?

Home > Comparison > Habanero Vs. Scotch Bonnet: Any Difference? Which Is Hotter?
About Me