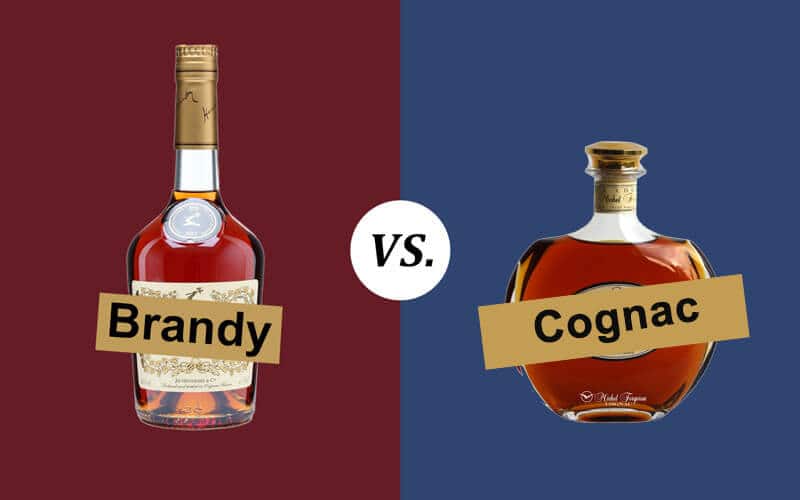 The words “comparison is the thief of joy” might not be applicable in kitchen matters.

We believe this because, when given two options, you get to know them better and make the best use of them. And on the plus side, there is no jealousy in the kitchen.

This article will be comparing Cognac and Brandy. Two fine alcoholic gems that make recipes come alive. Let’s get to it.

Brandy is an aged, distilled alcoholic drink made from fermented fruit mash.

The brandy color depends on the vessel used in the aging process [1]. So, with different brandy colors, this is what it means: 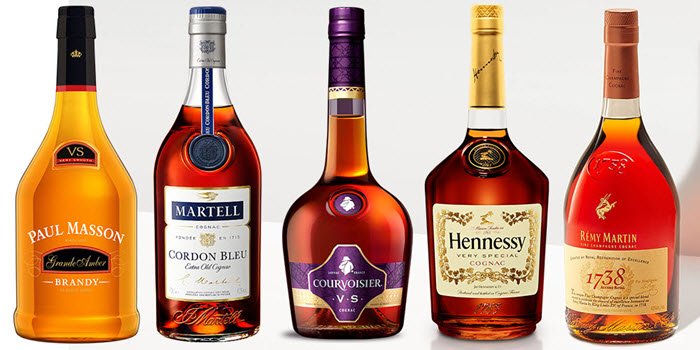 With this information, you would be right to ask, “what is a brandy made from?”

What is Brandy Made From?

Brandy is derived from the Dutch word “brandewijn,” which means “burned wine.”

Traditionally, brandy is made from grapes; however, it can also be made from other fruits.

The two categories of Brandy, based on the other fruits’ constituents, are:

All categories of Brandy are made from fermenting natural fruit sugars to alcohol.

The alcohol is distilled, after which they are soaked in aged Oak barrels where they pick up their mellow, luxurious oak undertones.

These types are styles of brandy; they are classified based on where and how they are produced. Some of them include: 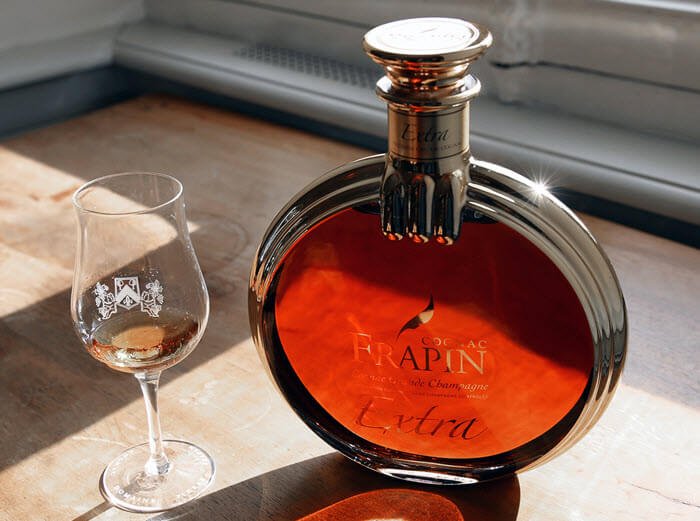 Cognac is one of the finest types of brandy. It’s explicitly produced in the Cognac region of France. Hence it is protected by the appellation d’origine contrôlée (appellation of origin- A.O.C.).

Due to the appellation of origin, Cognac is prepared with only grape varieties from the Cognac region. 90 percent of cognac is made from folle blanche, ugni blanc, and/or colombard grapes.

During its preparation process, Cognac undergoes distillation twice in small copper pots. After this, it is aged in wooden barrels for at least two years with specifications indicating its age.

Armagnac is another exclusive French-owned brandy type. It is protected by the A.O.C. of the Armagnac region of Gascony in southwest France.

Unlike the first two, Brandy de Jerez originates from Spain. The distillation process of this drink can take place anywhere in Spain, but its aging must be in the Jerez region, hence its name.

The aging system used for this wine is the solera system. In this system, younger spirits are aged in older barrels; a portion is drained off before new brandy is added to the barrel. The result?

An aging process like that results in a sweeter, more complex flavored brandy. 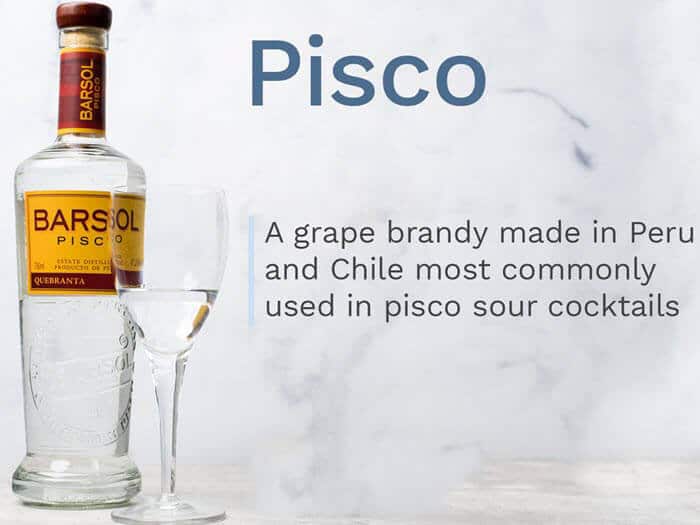 Pisco is a South American brandy; it’s made mainly in Chile or Peru.

Depending on the grape used, pisco brandy can be:

American brandy is called “brandy.” It has no laws or regulations protecting its production. Local wineries and craft distillers, mainly in the West Coast region, produce brandy from locally grown grapes. 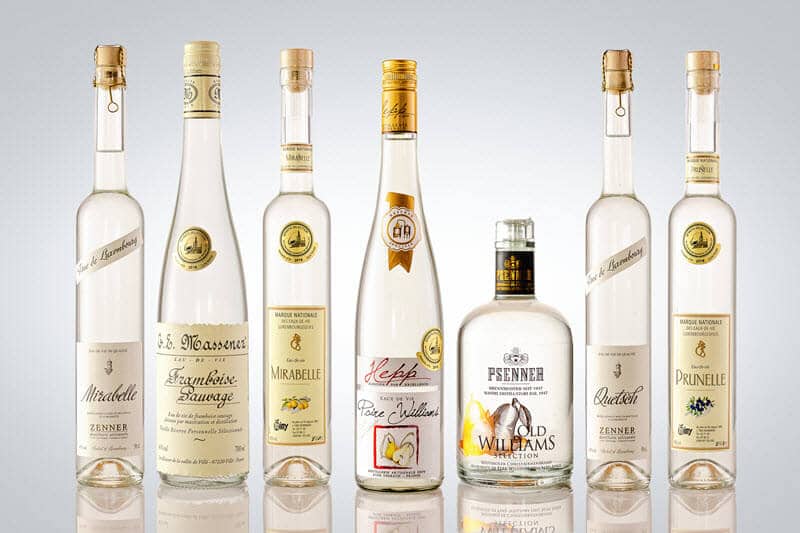 The French term Eau-de-vie means “water of life.” This brandy is clear and unaged, with a light fruity flavor.

Eau-de-vie can be made from a wide variety of fruits, and they serve as base spirits for sweet-flavored liqueur. 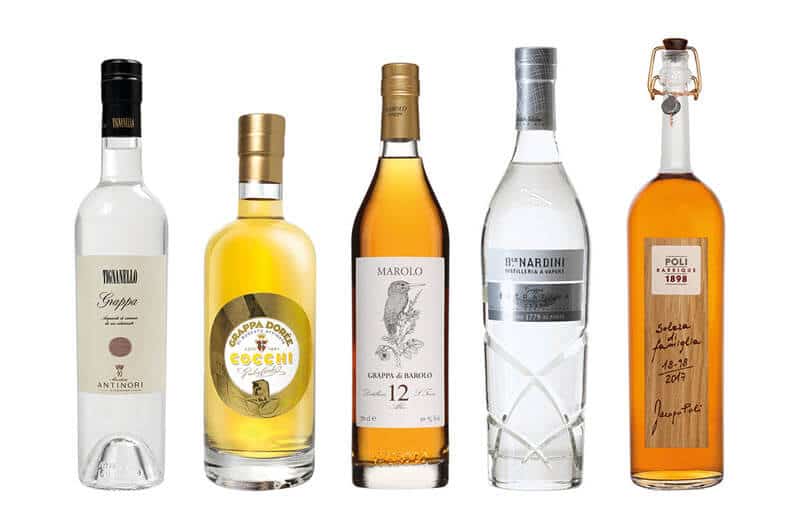 Grappa originates from Italy. It is made from distilling the pomace [2] of grapes. It’s usually clear and unaged.

Although, if distilled, it has yellow or red hues, depending on the aging barrel used. 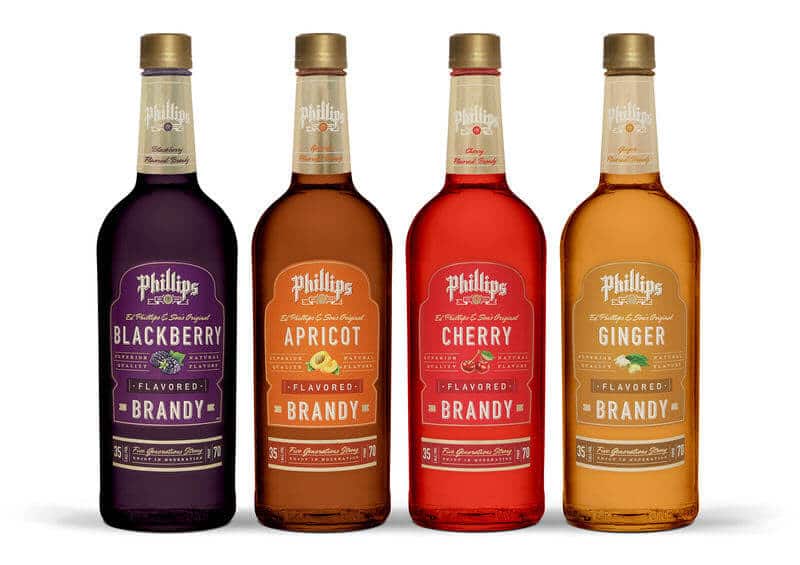 Flavored Brandy is a broad type of brandy as it can be made from fermentation fruits. The popular flavored brandies are made from apricots, cherries, apples, and peaches.

Applejack is a blend of neutral spirit and apple brandy. Lairds Apple Jack is one of the leading brands.

Cognac is a type of brandy obtained from the distillation of white wine grape brandy. It originates from the French region of Cognac.

With an A.O.C. designation, cognacs are authentic wines. 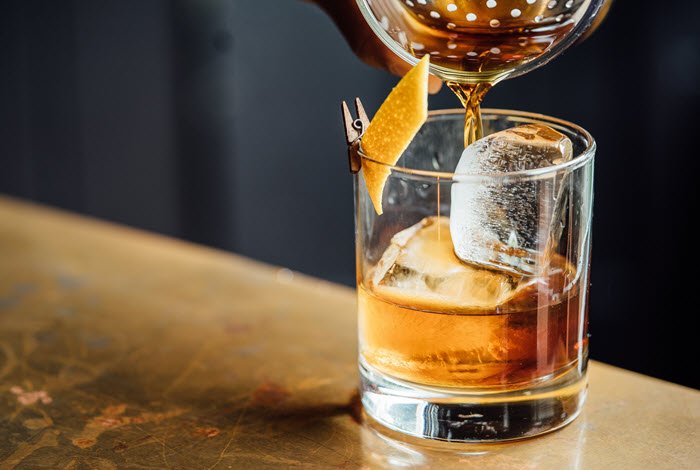 Cognacs are clear drinks with concentrated fruity aromas with peach undertones. As a Cognac aged in oak barrels, its flavor and color deepen and darken.

The types of cognacs exist as blends with different Eaux-de-vie; they include:

You might wonder, if cognacs are made from brandies, are they the same?

Cognac vs. Brandy: How Do They Differ

A few properties distinguish these two alcohols from each other.

Brandy is gotten from distilled fruit mash. It can be from grapes, apples, pears, etc. However, Cognac is made explicitly from white grapes.

Cognacs are prepared in the Cognac region of France.

Brandy is of Dutch origin. Some brandy types are also made in Spain, America, Peru, Germany, France, and Greece.

The distillation process of cognacs is done twice. This happens between October 1 and March 31. This is an essential part of the process because it makes Cognac be Cognac.

This distillation process gives Cognac its rich and exotic taste. After distillation, the Cognac becomes Eau-de-vie. Then it is kept to age in French oak barrels- Limousin or Tronçais.

Once that is done, the last process is to blend a couple of Eau-de-vies to form Cognac.

On the other hand, brandy is distilled just once and then moves to age. Producing brandy is relatively straightforward, and it varies based on the producer’s choice.

Unlike brandy, Cognac has particular qualifications inscribed on its bottle. Hence the VS, V.S.O.P., and others. Brandy doesn’t necessarily have these qualifications.

Brandy and Cognac, share some form of similarity, they have the same range of alcohol content. For Cognac, its minimum A.B.V. is usually 40%. Brandy has an average alcohol content of 30 to 60%.

After this exciting explanation of what Brandy and Cognac are. Let’s answer a few questions you might have asked.

FAQs About Cognac and Brandy

Yes, Cognac is a type of brandy made explicitly in the Cognac region of France.

Think of it in these words “All cognacs are brandy, but not all brandy is cognac.” For more about brandy, watch this video.

What is the best way to drink brandy?

Brandy can be drunk neat in a big snifter glass. Or it can be used as a critical ingredient in cocktails; a famous example is Sidecar [3].

Armagnac vs Cognac vs Brandy vs Whisky vs Sherry: what’s the difference?

To make it short:

There is no doubt that wine indeed makes the heart rejoice with brandy and Cognac, the joy doubles. So, find your best choice and enjoy every sip.

Home > Comparison > Cognac vs. Brandy: What’s the Difference Between Them
About Me