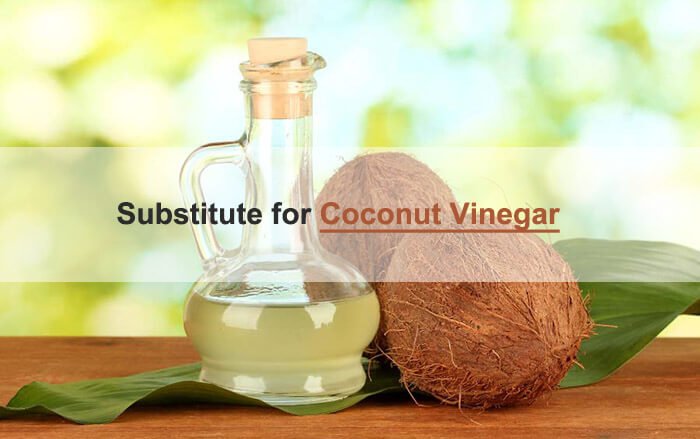 Coconut vinegar has quietly entered the scene in the West, becoming increasingly popular among chefs, home cooks, and “foodies.” However, it’s been a long-time staple and a favorite ingredient in Indian and Southeast Asian cuisine.

The sap of coconut blossoms is fermented for about eight to 12 months, naturally forming vinegar. Coconut vinegar has a whitish, cloudy appearance and a tangy, round, subtly nutty taste that is milder than apple cider vinegar.

If you have run out of it, you can use several alternatives below to add an extra pop to your marinade, soup, or sauce. 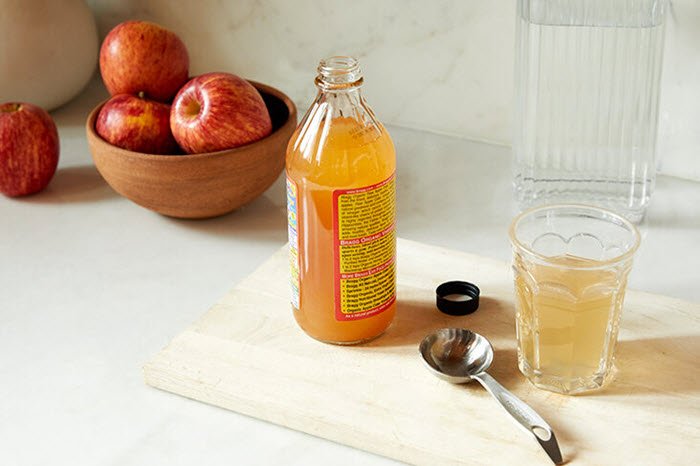 Can you substitute apple cider vinegar for coconut vinegar? The short answer – Yes!

Apple cider vinegar is essentially fermented apples. It provides the closest taste to coconut vinegar when used in various recipes. It has a tangy, tart-like flavor and brings some of the apple’s sweetness, having a subtle dry taste.

It can be a great alternative in any recipe that lists coconut vinegar as an ingredient, including stews, marinades, stir-fries, dressings, chutneys, and beverages. 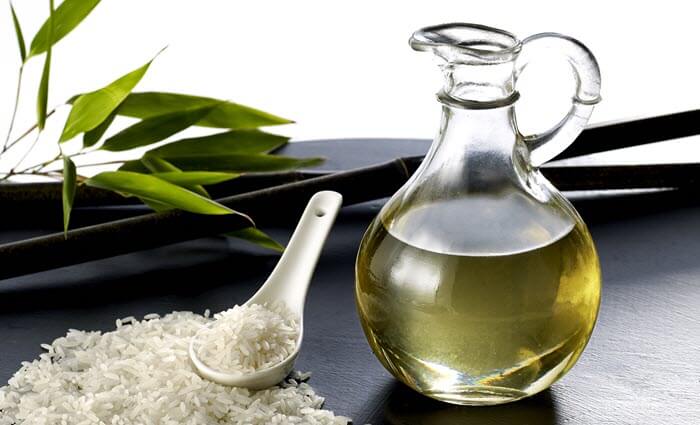 Rice vinegar is frequently used in Asian cuisine and has a somewhat sweet, crisp, mild flavor that makes it a popular substitute for coconut vinegar.

Many like to add rice vinegar to brine liquids since it doesn’t mask the taste of other ingredients. (Brining is a cooking method where you submerge a cut of meat into liquid, such as water and salt, seasoning the meat from the inside out and adding flavor.)

The best way to use rice vinegar is in recipes that use other Asian flavors, such as soy sauce, ginger, and sesame oil. There are several different types of rice vinegar that you may wish to consider when you need a coconut vinegar substitute.

Red rice vinegar has a tangier taste than coconut vinegar and can be used as an ideal replacement. It’s frequently added to provide additional flavor to soups, seafood, or noodles. 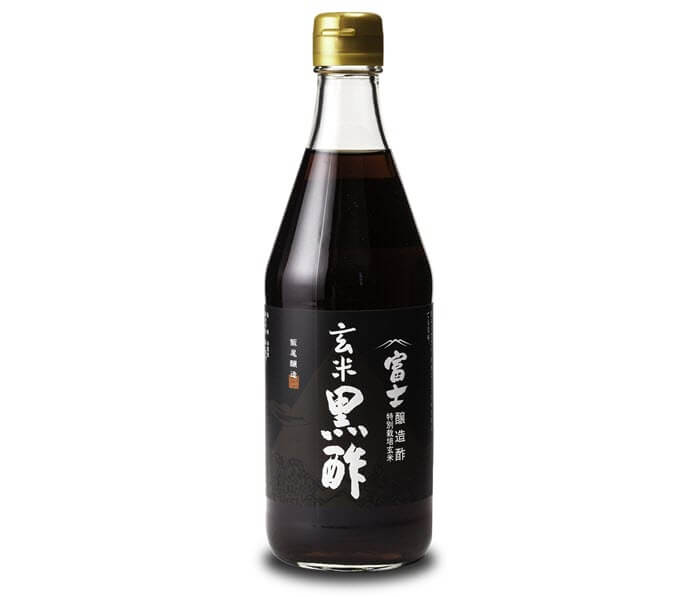 It can be served as a good coconut vinegar substitute.

An aged rice vinegar, Shanxi vinegar, is made from different grains, including rice, barley, bran, or sorghum mixed with peas. It is dark reddish and has a subtly sweet, sour, umami flavor.

Shanxi vinegar is often added to noodles to enhance flavoring and can be used as a coconut vinegar replacement in my recipes. 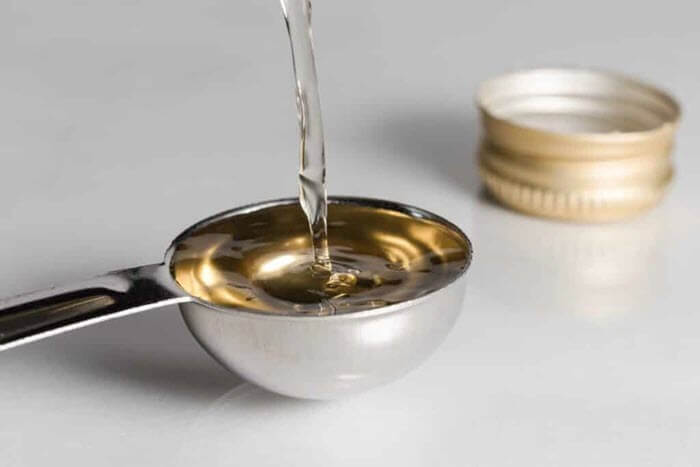 If other potential alternatives seem too robust in flavor, white wine vinegar is usually a good option.

You can use it in hollandaise sauces, and it also provides an added depth of flavor to poultry, pork, and seafood dishes, helping to balance out the flavor of sweet ingredients. 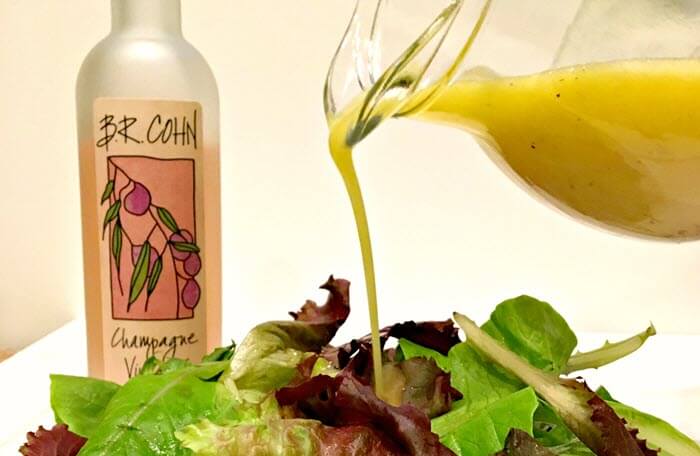 Champagne vinegar is fermented champagne. It has a mildly sweet, delicate, and subtly sharp, tangy flavor with a fruity, slightly vanilla flavor.

Champagne vinegar can add an acidic, sweet flavor to your dish that nicely balances other flavors.

Many use champagne vinegar unheated, drizzling it on vegetables or salads. 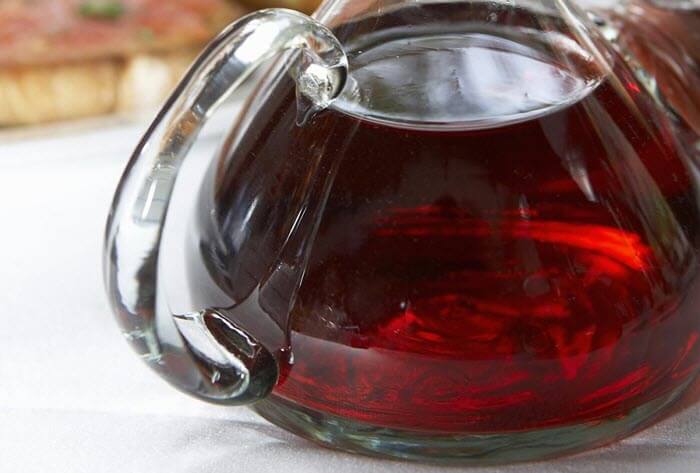 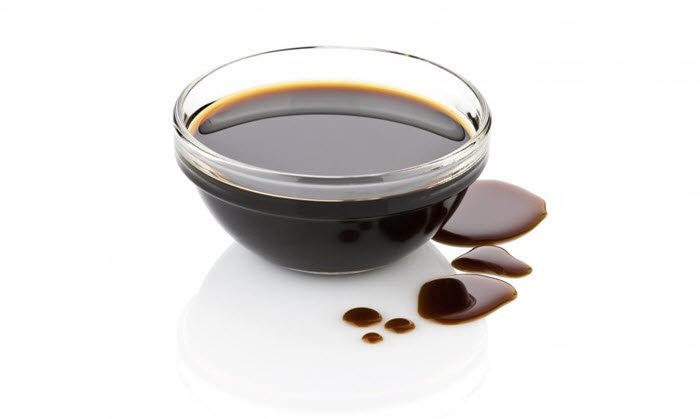 Balsamic vinegar is an aged grape vinegar, where the aging process darkens and thickens the consistency of the vinegar until it has a deep, rich flavor.

It’s a popular coconut vinegar alternative due to its subtly sweet, tart taste. With its molasses- and caramel-like properties, it also has a slight aftertaste of fruit.

You can add drops of balsamic vinegar to your soup or cocktail, include it in salad dressings, or use it to marinade braised dishes or meats.

Note that you may need to add a bit more balsamic vinegar to your recipes when using it as a coconut vinegar substitute to obtain the desired taste. 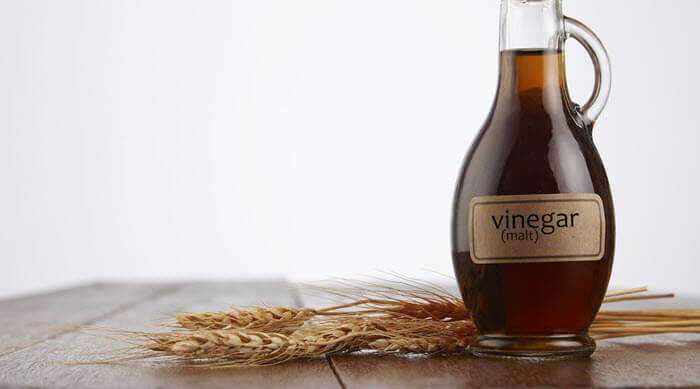 If coconut vinegar’s sweetness is too much for you, you may prefer malt vinegar, which comes from the same malted barley grains used to make beer.

There are various types of malt vinegar:

All the above types can be used to substitute coconut vinegar.

We know that this one may come as a surprise. But if you don’t react well to fermented foods or don’t care for the taste of coconut vinegar, you might prefer the tanginess of lemon juice without the sweetness.

You can use lemon juice to add flavor to dressings, sauces, dips, and marinades. Be sure to use a small portion of lemon juice as a substitute for coconut vinegar so that your dish isn’t too sour. 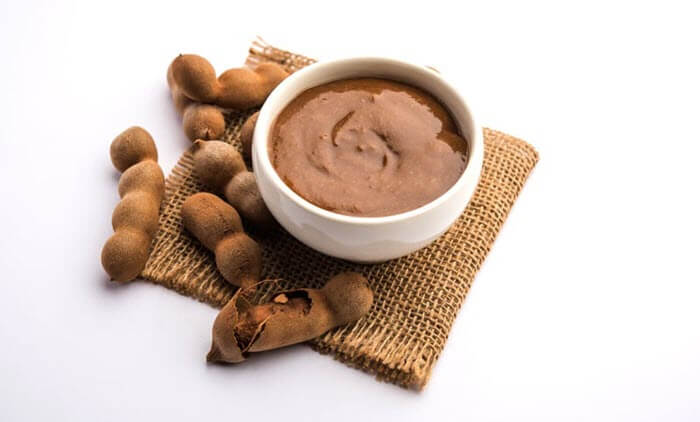 Tamarind paste comes from a dark, sour, sticky fruit that grows as a pod on tamarind trees. This is another good alternative if you don’t like the taste of coconut vinegar.

It has a molasses-like texture and tastes somewhat sour and tangy with a slight hint of citrus, caramel, and smokiness, resulting in a subtly sweet flavor. People use tamarind paste in cooked dishes and sauces due to its thick consistency.

Tamarind paste is a common ingredient in Thai, Indian, Latin, Vietnamese, and Caribbean cuisine. For example, many Thai and Indian curries include tamarind paste.

Although used primarily for savory recipes, tamarind paste is also in some desserts. It’s also an essential ingredient in Worcestershire sauce. 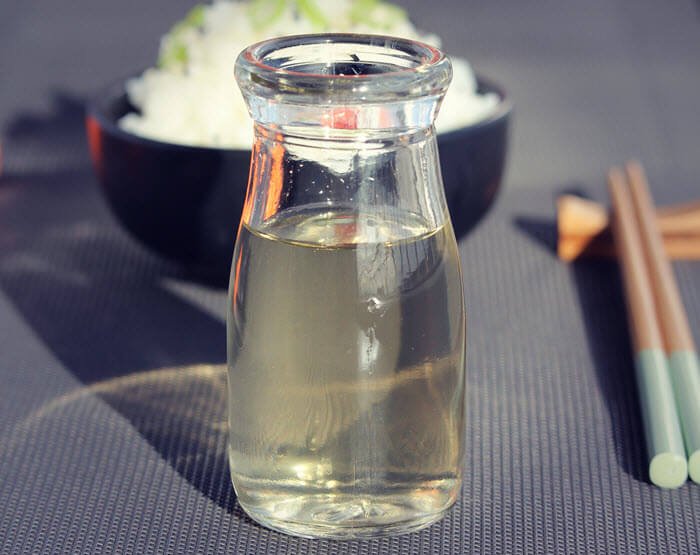 Sushi vinegar is a good option if you’d like to use a spicy alternative to coconut vinegar.

It is seasoned rice vinegar with savory and spicy flavors that also carry a subtle touch of sweetness and sourness.

It’s made using fermented rice as a base and then adding salt, sugar, and various seasonings and spices, resulting in a richer, more robust taste. It’s primarily used during sushi preparation to help keep the fresh ingredients from spoiling.

Although wine won’t give you the same results as the other alternatives, it can provide a nice extra flavor to sauces and some recipes.

Try to use a fortified wine if possible, although regular wine is an appropriate alternative.

You can use any type of wine, but red wine may work best as a coconut vinegar substitute. Regardless, any wine will add complexity to the flavor of your dish.

To make coconut vinegar at home, you’ll need just a few simple ingredients and a healthy dose of patience.

Vinegar mother is a gelatinous mixture made of cellulose and acetic acid bacteria. It develops on fermenting alcohol liquids and turns alcohol into acetic acid following exposure to oxygen in the air.

If you don't want to make the vinegar mother yourself, you can purchase it at a health-food or wine store.

Which is better coconut vinegar or apple cider vinegar?

It all depends. Apple cider vinegar is less sweet and mild than coconut vinegar, so make your choice according to your needs.

Both of them contain acetic acid which can lower blood sugar.

Is coconut vinegar good for skin?

Yes, coconut vinegar is full of amino acids and vitamins B & C that can refine skin, detox, and revitalize hair.

What is the difference between white vinegar and coconut vinegar?

Coconut vinegar is much milder than white vinegar. It has a gently tart flavor which can be used for marinades, salad dressings,  soups and warm dishes.

Someone once said that the flavor of coconut is “the definition of paradise.” We agree, but if you don’t, now you know several tasty alternatives.