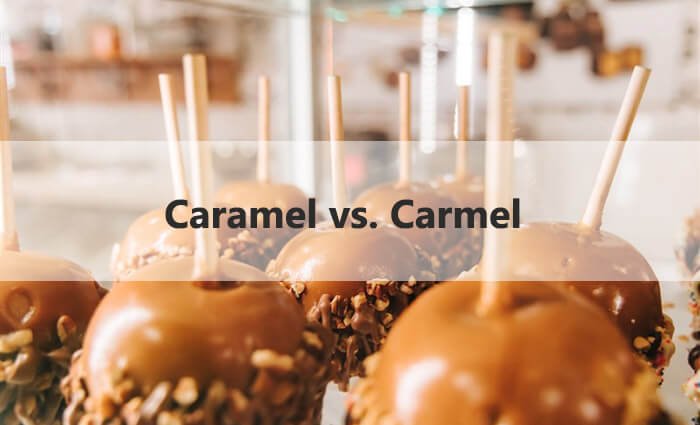 Caramel vs Carmel, what’s the difference?

The short answer: Carmel is a name used for places such as Mount Carmel. While Caramel is a flavoring, color, or chewy candy made from sugar, corn syrup, cream, and butter.

Too often, people will type up recipes spelling the candy as Carmel which is totally wrong.

The name Carmel has been around since ancient times for places or in religious text. Needless to say, there is no connection between ancient places and cooking.

It’s time to sort out the difference between the two spellings and rescue the delicious flavor or candy from being confused as a religious place or the name of a place in California!

How Did Caramel Become Pronounced Carmel? 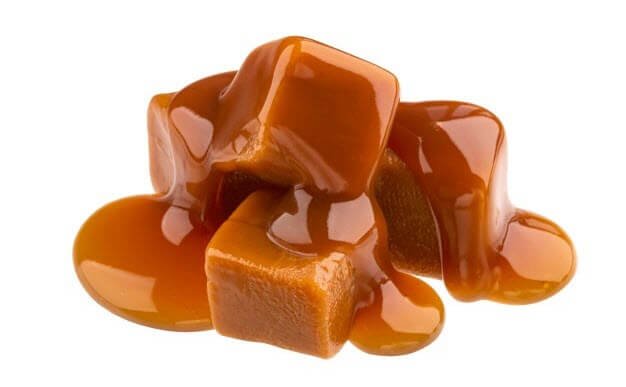 In many cases, people will pronounce a word, by the way, it’s spelled.  That said, it doesn’t make the flavor, color, or candy “carmel” it’s still “caramel”.

The pronunciation doesn’t stop there. Some people pronounce the word like “Car” others as “Care” the various syllables will decide other sounds such as “Uh” or “Ah”, etc. The range will change depending on two syllables or three syllables.

But, moving on, a lot depends on where you live when it comes to caramel’s true pronunciation. Your best bet, stick with your region, you’ll be fine!

Where Did Caramel Come From?

There are many who think caramel is an American candy but others believe it started in the Middle East around 1000 CE. All said it became popular the commercialization of the chewy, tasty candy during the 1800s.

The Hershey company did not start off making chocolate they made caramel! Long before the Hershey’s, Milton Hershey’s started off with his own candy company named Lancaster Caramel Company. He sold the company in 1900 for an amazing, jaw-dropping 1 Million dollars which today would equate to $33 Million!

Over time, Hershey became obsessed with finding a covering for his caramel and came up with chocolate! Thus the legend began!

How Caramel Is Made

What you might not know, caramel is not just a soft, chewy light brown candy it comes in a range of flavors, textures, and colors. Everything rests on how the sugar is “caramelized” – thus the name.

There are two different processes  to caramelize sugar:

You can create caramelized sugar in your microwave but it should only be used at home.

Caramels can have different flavors and textures.

Caramels can be hard or soft.

Moving On To Carmel 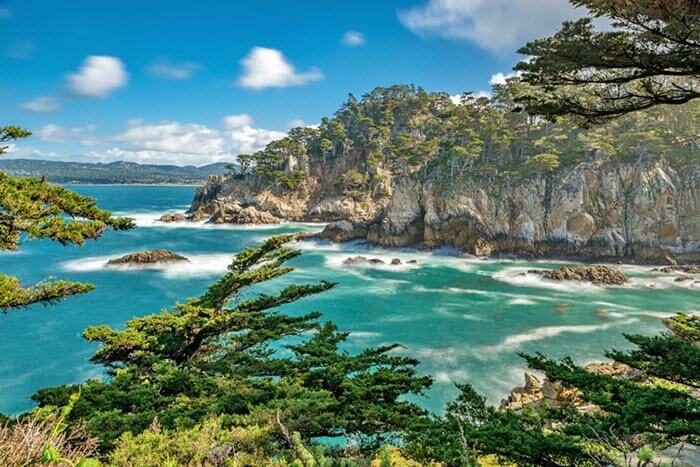 There are two very famous sites, Mount Carmel and Carmel-By-The-Sea.

Mount Carmel is the first original site using this name.

It appears in many ancient texts such as the Bible and even Egyptian records of the 16th century BCE. It is revered as a sacred site and the word Carmel appears in monastery names, religious schools, and holy orders.

The Carmel mountain range is in Israel and is now a part of a nature reserve.

Located on the Monterey Peninsula in California sits Carmel-By-The-Sea.

It was named after the Spanish Mission that was built in 1797. The mission was used to help Native Americans in the area as the Spanish started to occupy California. Carmel Mission is one of the few authentically restored Spanish Missions.

To this day, services are still held at the mission. The city of Carmel brings in tourism due to the mission. With a similar name, the Carmelite order of the Roman Catholic Church, is not connected in any way with the Mission.

Hopefully, the confusion has been cleared up regarding Caramel vs Carmel!

Home > Comparison > Caramel vs. Carmel: What’s the Difference Between Them?
About Me