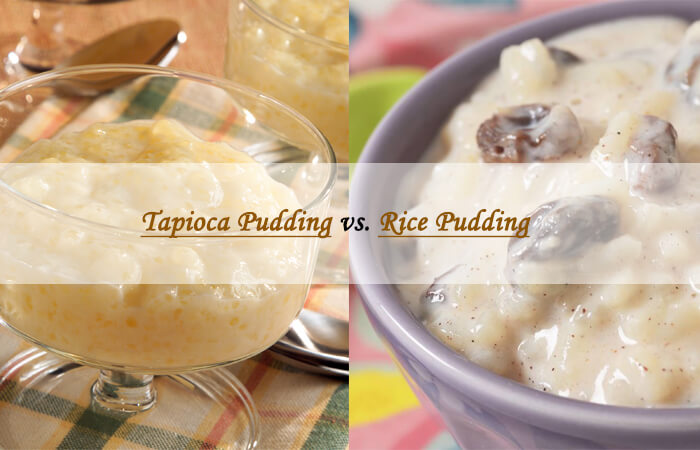 When choosing a dessert, the primary options people generally go for are cake, ice cream, pie, and other delectable treats.

However, another type of dessert people enjoy is pudding. Puddings are a more sweet, thick, and savory dessert.

Tapioca and rice pudding are two types of pudding that differ in their base and origins which can affect the overall taste and texture of each dessert.

We will review the similarities and differences between these two types of pudding. 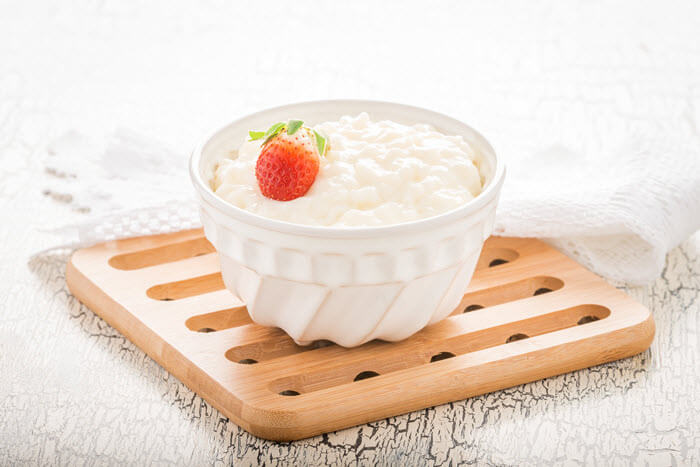 What is Rice Pudding

Rice pudding refers to a pudding made of condensed milk, eggs, vanilla, and rice as the primary ingredient.

Compared to tapioca, rice also produces a significant amount of starch, which helps thicken the pudding. Then, to soften the rice, you would have to boil it before adding it to the pudding.

There isn’t an official location where rice pudding came from, but those speculate on its creation.

For instance, many believed it originated from China [1] due to its ancient rice culture. Oddly, if you search this particular dessert’s origins, the top result would be the world.

However, others say that this delectable treat came from India [2] due to its ancient rice and sugar culture. There have even been traces of evidence dating thousands of years ago, specifically 6000 BCE, that it was a part of an ancient diet prescribed by the health regime known as Ayurveda.

Though, through the centuries, there have been variations of rice pudding from Spain and even America. 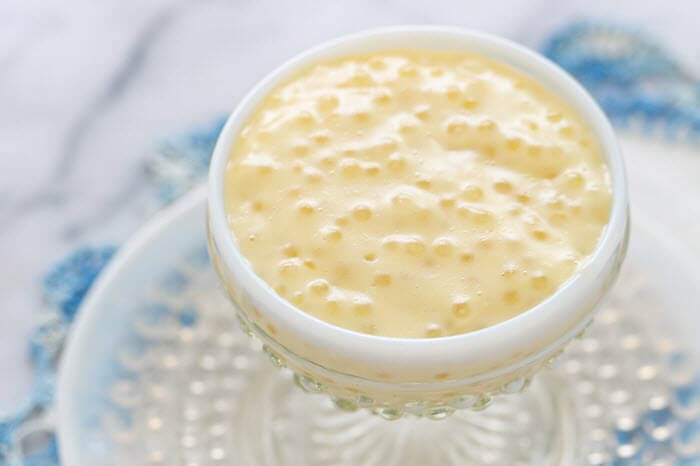 What is Tapioca Pudding

Tapioca is a type of starch produced from the root of a Cassava plant. How it’s made is that the tapioca is converted into a thickening agent for the pudding base by chopping it into small round bits.

The Cassava plant or Manihot esculenta is a wood-like shrub that’s a primary staple in Africa and South America. However, the Cassava plant is mainly indigenous to Brazil.

Believe it or not, even though tapioca originates from South America, how it came to be a pudding dessert has been speculated either from China or the ancient Mayan culture.

Tapioca pudding originated from Mayan culture and was brought to China in the late 17th  century. China refers to Tapioca pudding as ‘Tong Shui’ or Taro Tapioca.

It’s common to confuse rice and tapioca pudding due to their color and consistency. However, these types of pudding are vastly different due to their origin, primary ingredient, and other factors.

Below, we will review some similarities and differences between these two desserts.

The only trait that tapioca and rice pudding have is color and consistency.

Rice and tapioca produce a significant amount of starch, ideal when used as a thickening agent for the pudding. When mixed with the other ingredients, tapioca and rice pudding come out as a yellow, white mix with a lumpy consistency.

Even thugh they might look the same, rice and tapioca pudding have a variety of differences.

The main difference is that rice pudding uses rice, and tapioca pudding uses tapioca. While they both produce starch, it doesn’t mean they will have the same taste and aroma.

The central origin of where tapioca came from would be Brazil; then, later on, it became the main ingredient for pudding when brought to China.

Although tapioca is indigenous to Brazil, this popular Cassava plant can be found throughout Africa and South America. It’s also known that it was derived from Mayan culture only to be introduced to other countries in the late 17th century.

Rice pudding has no official origin locations [3], but there has been speculation about where this dessert was popular.

For instance, most food historians state that India was the primary location where rice pudding was made due to its ancient rice and sugar history.

There is also the theory that China might have been the central origin due to its ancient rice history.

Ingredient Base For Pudding

If you ever wonder what the primary ingredient is for tapioca and rice pudding, it’s all in the name!

Tapioca pudding’s ingredient base is tapioca converted into tiny round pearls from the Cassava plant. As for rice pudding, its base ingredient is rice grains [4].

One of the reasons why rice and tapioca might be mistaken for each other is due to their slightly similar appearance. Both have a similar shade of white, sometimes a mixture of yellow and white.

However, tapioca pudding has a granular texture due to the starchy tapioca pearls. So, when you look at it, it almost has a lumpy appearance.

As for rice pudding, although it does have a significant amount of starch compared to tapioca pudding, the texture is different due to its base ingredient. After the rice finishes boiling, it produces a smooth texture once added to the pudding.

When it comes to the taste and scent of tapioca, it often depends on the ingredients used.

Usually, since tapioca is known for being odorless, it has a faint aroma of vanilla. The taste depends on whether or not other ingredients are added.

As for rice pudding, its aroma takes after rice, and the taste is compared to cereal.

FAQs About Tapioca and Rice Pudding

Here are some of the most common questions related to the differences when considering tapioca vs. rice pudding.

Is rice pudding healthier than tapioca?

In short, no. When it comes to tapioca vs. rice pudding nutrition, tapioca pudding is actually healthier [5] as it has lower calories than rice pudding.

What is tapioca used for?

Tapioca is mainly used as a food source, maintaining your blood sugar, and a food thickener.

Tapioca pudding is not a vanilla pudding. The major difference is that tapioca, the base ingredient, has no taste and smells granular.

Even if tapioca and rice pudding are vastly different from each other, doesn’t mean you have to just choose one if both sound delicious.

Whether you prefer the faint but delectable taste of tapioca or rice, these types of puddings are quick and easy to make. We hope you enjoyed reading this dessert article!

Home > Comparison > Tapioca vs. Rice Pudding: What’s the Difference?
About Me