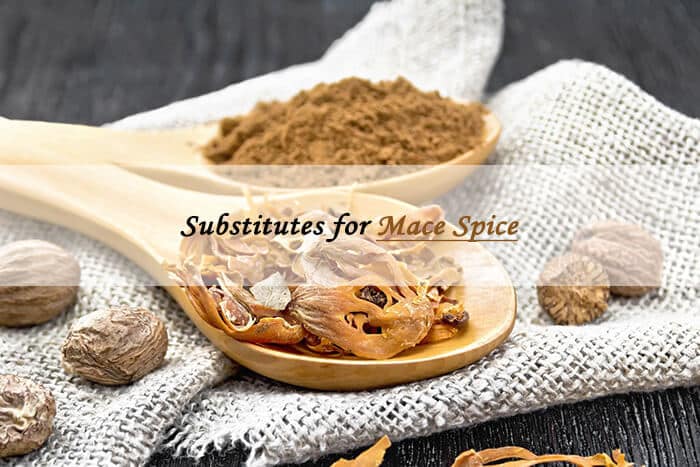 As experienced cooks, we know the feeling of running out of an ingredient and looking for an alternative.

Therefore, to help you find the perfect mace spice substitute, we’ve compiled a complete guide for sweet and savory recipes.

Continue reading to learn about the alternatives and the exact amounts to use.

What is Mace Spice?

Mace spice is the dried aril, the lace-like covering of nutmeg. Typically the color of it is yellow-brown and can be purchased as both dried blades and ground powder.

The taste is sweet, earthy, and warm, and although the taste profile is similar to nutmeg, it is milder.

When cooking, ground mace is used in both sweet and savory dishes. Some popular examples include stews, soups, pies, and desserts.

13 Substitutes for Mace Spice for You

Now that we understand the flavor profile and uses of mace, we’re going to jump into the 13 best mace spice substitutes. 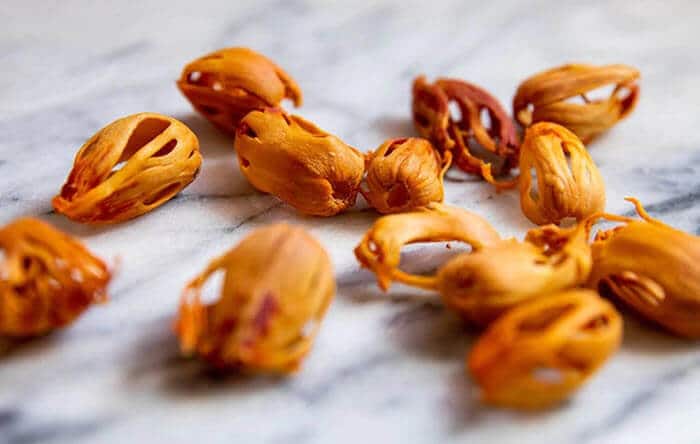 If you don’t have access to ground mace spice, you can use mace blades instead.

The only difference between them is that mace blades have not been ground.

To turn it into ground mace spice, you should use a pestle and mortar to grind it to the desired size.

As they’re the same product, you should substitute mace blades at a 1:1 ratio. 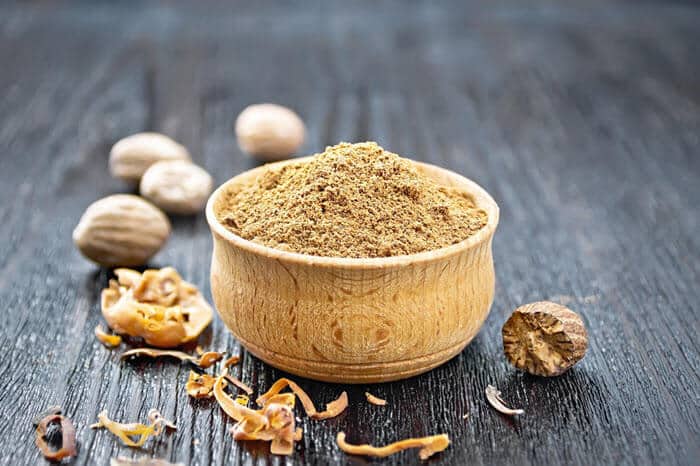 As nutmeg and mace come from the same fruit tree, they’re similar in taste and, therefore, can act as a great substitute.

You should note that the taste of nutmeg is more intense than mace.

It is perfect for all dishes, such as soups, pies, lasagne, desserts, and baked goods.

When using nutmeg, you should substitute it on a 1:1 ratio. 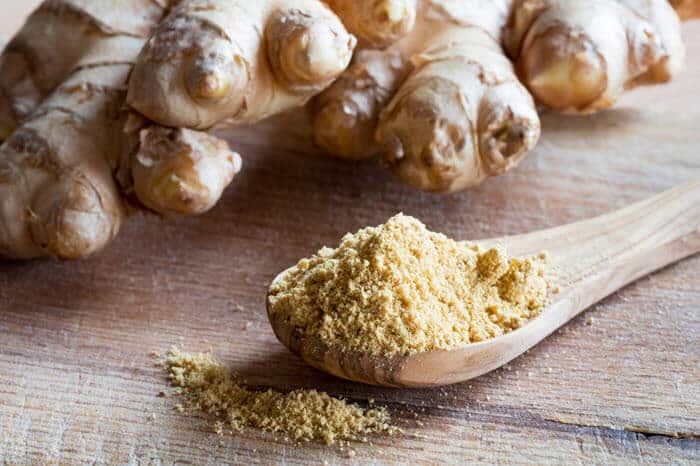 Ginger is a sweet, aromatic, slightly peppery, and spicy root that can come in dry, pickled, and fresh forms.

You’ll commonly see ginger in its fresh root form when purchasing from the grocery store.

Don’t be put off substituting ginger for mace due to its raw pungent flavor, as the taste will become milder after cooking.

The dishes it will work best with are savory, especially ones that have to cook for a long time, such as a pie or stew.

We would not recommend using it for any sweet cooking.

Ground ginger should be substituted at a 1:1 ratio to mace spice.

However, if you’re using fresh ginger, it should be substituted in a 4:1 ratio.

Allspice comes from grinding the fruit of a pimenta dioica tree.

Although the appearance resembles peppercorns, the taste is closer to the Chinese five-spice, as it incorporates flavors such as nutmeg, black pepper, and cloves.

For that reason, we would recommend using this for savory dishes only.

Even though it comes in whole and ground forms, we’d suggest purchasing whole peppercorns as allspice can quickly lose its taste once ground.

When using allspice, it would be recommended 1:2 ratio to mace spice.

The strong taste means most people prefer using half the amount of allspice to mace spice.

If you like the taste, you can increase the ratio to 1:1. 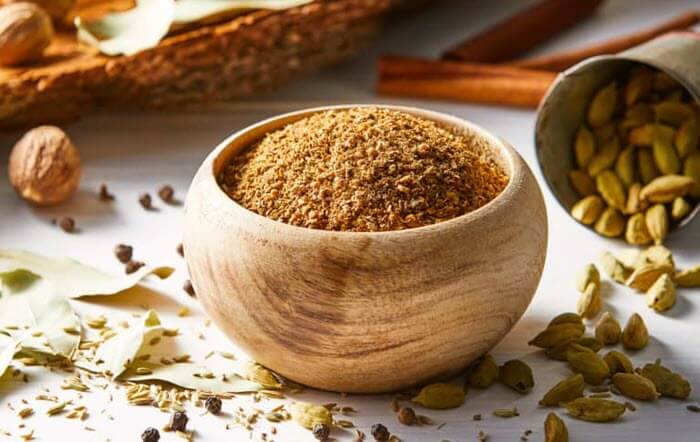 Garam masala is a unique blend as the recipe is adjusted depending on the region and who is making it.

Typically grocery stores’ garam masala will contain cardamom, cloves, cinnamon, and black pepper. However, don’t be surprised if it has fennel, bay leaves, cumin, or chili mixed into it.

Due to the many ingredients that make up the garam masala spice blend, it can be more difficult to cook with.

Therefore we suggest substituting garam masala at a 1:2 ratio to mace spice.

We recommend using less if you’re making a sweet dish, as it’s a best-suited substitute for savory cooking.

Once you’ve tasted it, you can adjust accordingly. Remember, it’s easy to add but hard to remove! 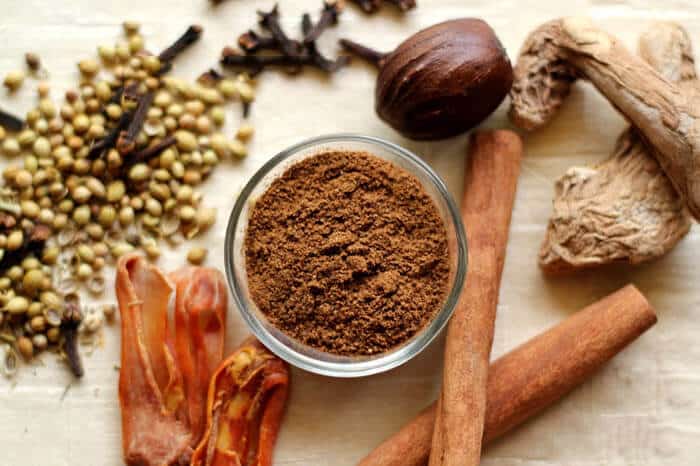 Mixed spice is a blend of cinnamon, nutmeg, ginger, coriander, caraway, and cloves, which makes it an excellent mace spice alternative.

It can be used for both savory and sweet dishes as it contains an array of spices.

Examples of some dishes would include baked goods, smoothies, and soups.

The recommended substitution ratio is 1:2. For each tablespoon of mace spice, you should add two tablespoons of mixed spice.

Pumpkin pie spice is a blend of cinnamon, ginger, nutmeg, allspice, and cloves.

Typically it’s used to flavor pies, baked goods, and as a fantastic topping for fresh pastries.

Therefore we would suggest using it as a substitute for sweet goods only.

The substitution ratio is 4:1, meaning you’ll have to use four teaspoons of pumpkin pie spice for every teaspoon of nutmeg. 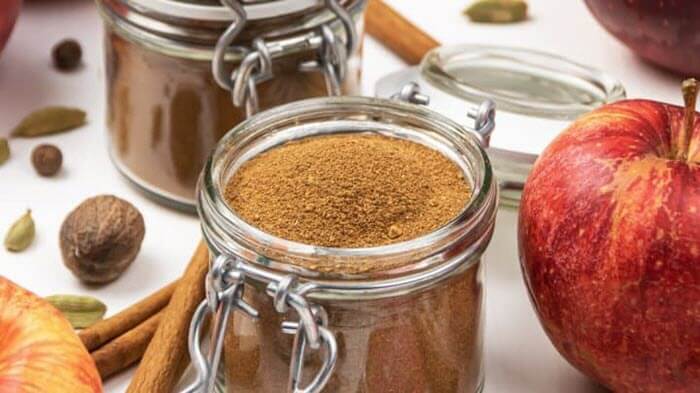 Apple pie spice is a blend of cinnamon, nutmeg, and allspice.

Depending on the brand, other ingredients such as ginger or cardamon may be added.

As it’s also designed for sweet goods such as pies, pancakes, and smoothies, we would only recommend it for this type of cooking.

Apple pie spice is not a good choice for soups or stews!

Due to its more subtle taste, when substituting mace spice for it, we would recommend using a 4:1 ratio.

You should add four teaspoons of apple pie spice for every teaspoon of mace spice. 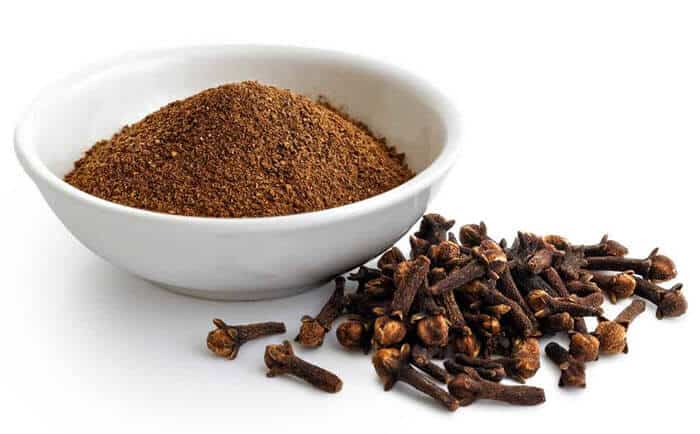 Cloves come as either whole or ground, and both can be substitutes for mace spice.

The spice is typically used in savory dishes to add flavor to meat, sauces, rice, and stews.

However, it is also known to complement sweet spices such as cinnamon, making it great for sweet and savory dishes.

As the taste is stronger, we suggest using it at a 1:2 ratio.

You should add one teaspoon of cloves for every two teaspoons of mace spice required. 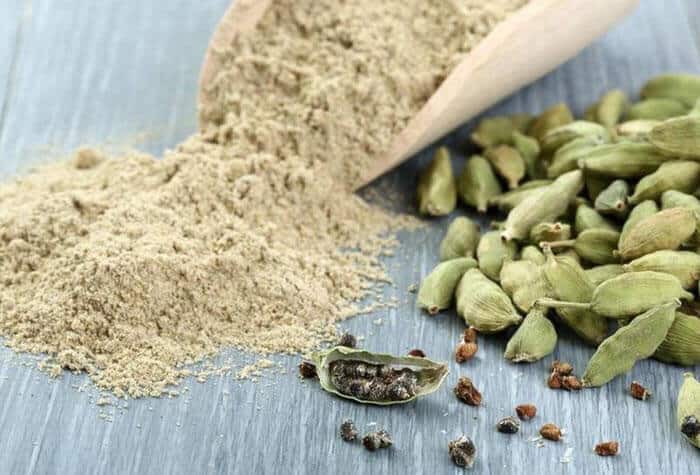 Cardamon has a similar taste to mace spice and therefore makes for an excellent alternative for both sweet and savory dishes.

It’s incredibly versatile, and can be used to infuse flavors into custards as well as jazz up soups.

As cardamon has a more intense flavor than mace, when using it as a replacement, we would suggest using it at a 1:2 ratio.

Add one teaspoon of cardamon for every two of the mace spice required. 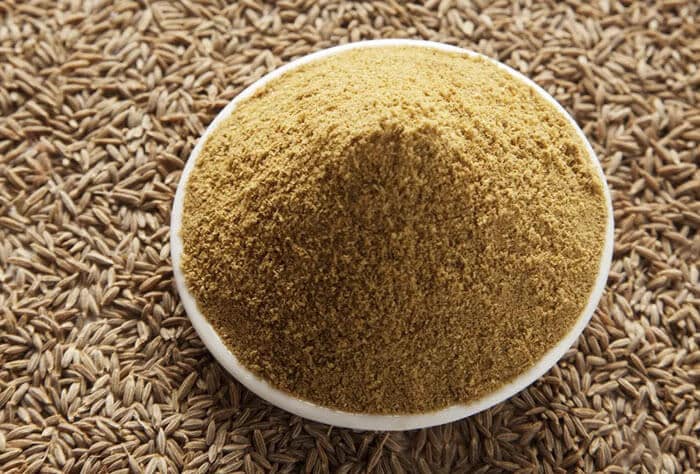 Although cumin comes in two primary forms, ground and dried seeds, we recommend only using the ground.

Like mace, it has an earthy and warm taste commonly used in savory dishes, especially meat-based ones.

As a result, we would not suggest using cumin in any sweet or baked goods.

The recommended substitution ratio is 1:2.

For every two teaspoons of mace spice, you should use one of cumin.

The ratio reflects that cumin has a more robust and intense flavor. 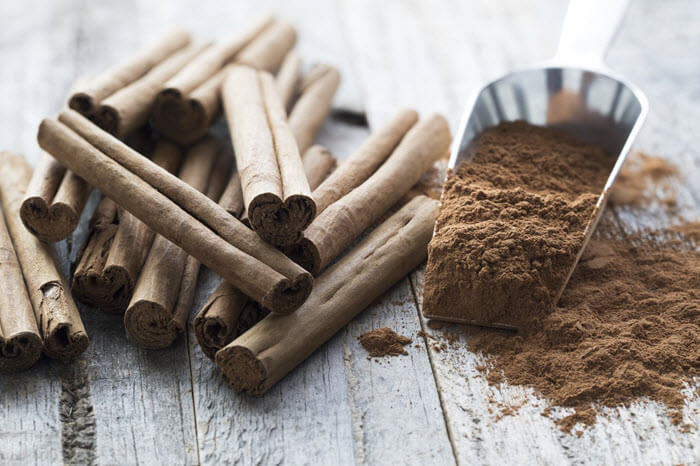 Cinnamon is one of the best-suited spices for sweet food and baked goods.

It works great when incorporated into pies, desserts, hot and cold drinks, and when sprinkled on top of food.

When using it to substitute mace spice, we recommend only using it for sweet goods, not savory ones.

We would recommend substituting it at a 1:2 ratio.

For every two teaspoons of mace spice, you should use one of cinnamon. 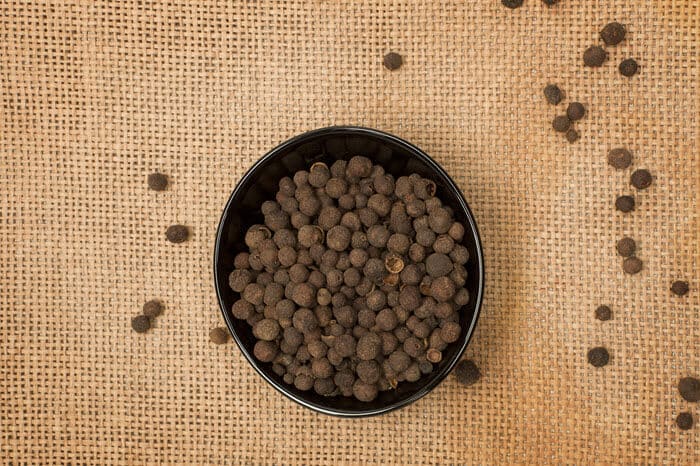 Black peppercorns are arguably the most popularly used spice worldwide, appearing in nearly every country’s cuisine.

You may use it if you don’t have any other options, as it’s not the ideal substitute.

As with all recipes that use black peppercorns, it should only be used for savory dishes.

To substitute black peppercorns for mace spice, you should do it in a ratio of 1:2.

For every two teaspoons of mace spice, you should add one of the ground black peppercorns.

Are mace and nutmeg the same?

No, they’re different, despite both coming from the nutmeg tree. Mace is the dried aril, the laced covering of the fruit, whereas nutmeg is the seed inside the ripe fruit.

Can you substitute allspice for nutmeg?

Yes, allspice can be a substitute for nutmeg – we’d recommend replacing it at a 1:1 ratio. In addition, we would recommend using allspice for savory dishes only.

What to substitute for mace in baking?

What to substitute for mace in cooking?

That’s the complete round-up of the 13 best substitutes for mace spice.

We hope that you have found the perfect alternative for your cooking.

If you have any questions, comment below – we’d love to help you!