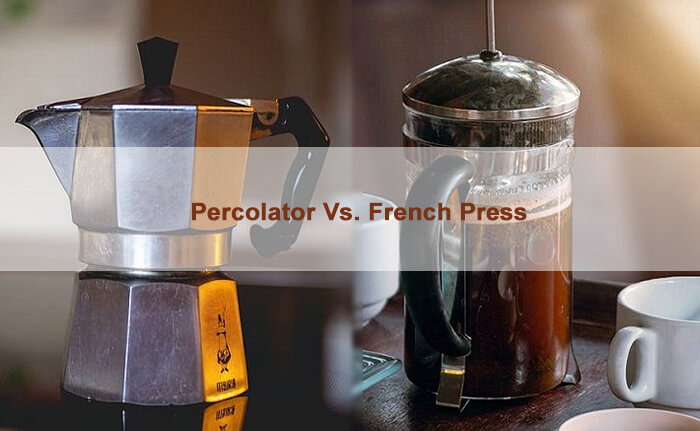 Coffee has a significant role in getting us up in the morning and keeping us going. Because of this, many individuals believe that their morning coffee ought to be perfect for giving them the necessary kick. A good coffee maker at home might help you with this.

The percolator and french press have a long history in coffee manufacturing machines. Both have different brewing methods and appeal to different individuals.

Continue reading if you want to learn more about them, their benefits, and their differences.

Summary: Percolator Vs. French Press – Which is Better?

French presses produce more rich, nuanced coffee and are pretty consistent, making them ideal for individuals seeking the maximum satisfaction from their coffee taste.
They only produce small amounts of coffee. Therefore they’re not suitable for brewing coffee for many people.

Percolators generate less taste and consistency, but they can make vast amounts of coffee for gatherings or when you have a large group of people over.

They are perfect for making large amounts of coffee at once. Therefore, it is up to you to determine which is best for you.

What Is a Percolator? 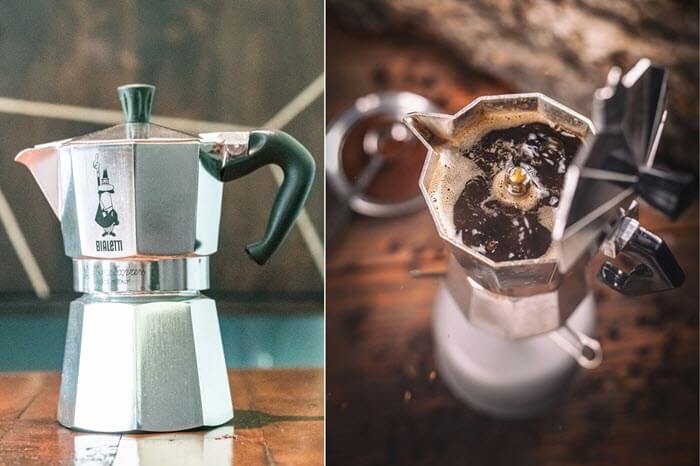 A percolator is a traditional coffee brewing appliance that uses a stove to heat coffee and water before brewing it to the desired taste.

This appliance may have the appearance of a tea kettle; however, the percolator is not at all similar to it.

The percolator’s primary function is to brew a more robust cup of coffee by recirculating hot water over coffee grinds in a paper filter.

What is a French Press? 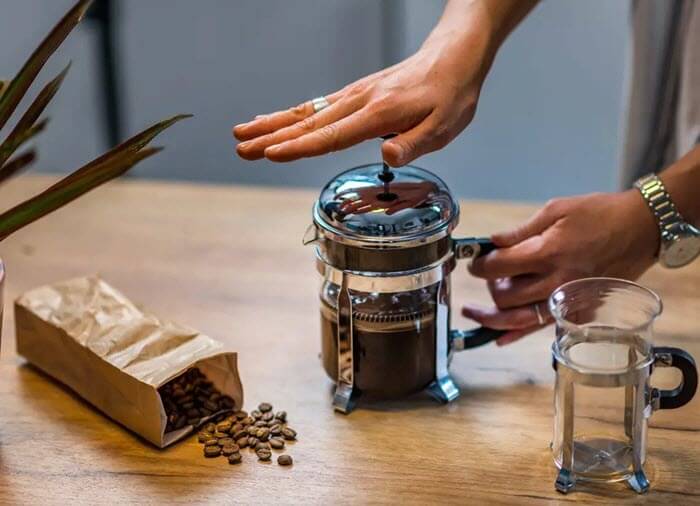 The French Press is a brewing process known as an “immersion” method because it requires completely submerging coffee beans in water.

In addition to that, it comes with a plunger that has a metal mesh filter on the bottom of it so that you may strain the grounds from your coffee once it has finished brewing.

It’s simple to use a French press, and the output is a robust, fragrant cup of coffee.

You may like: Best Coffee Grinders for French Press (Electric/Manual)

Differences Between Percolator and French Press 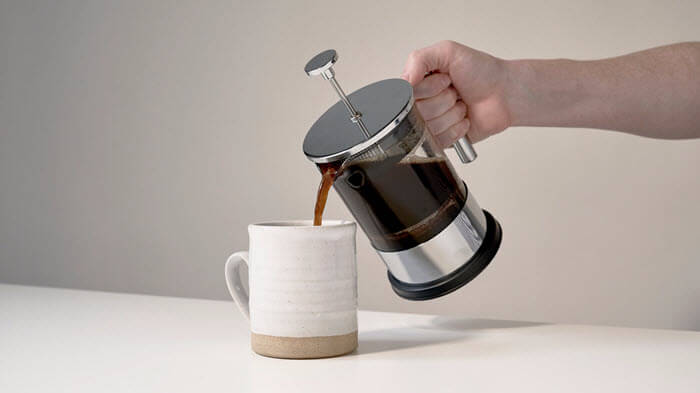 Immersion is generally used as one of the components in the brewing process of French press coffee machines that are composed of stainless steel.

Using a kettle or another water heating technique, bring your water to just under the boiling during this procedure.

Then, once the water has been boiled and your coffee has been ground, you blend the two within the French Press. After steeping for 2-4 minutes at the high water temp, depress the plunger and pour the beverage into a decanter or cup to chill before serving.

A percolator boils water beneath the percolator basket, a filter mechanism that contains your coffee grinds. The heated water rises to the top of the beans in the basket, starting the extraction process.

The equipment then circulates water inside the percolator to distribute heat evenly. Varying percolators demand different brew durations, but this type can produce a cup of coffee in under ten minutes.

Percolators produce enormous quantities of coffee for conferences and meetings, while others are meant to produce enough for a household.

French presses often produce less coffee than stainless steel percolators. They do, however, produce more coffee than a single-serve coffee maker or an espresso machine.

Ease of Use – French Press Wins

To brew coffee with a French press, all you need to do is add the necessary ingredients and let them simmer for a while.

Because of these parts and the fact that a French press is made of stainless steel, it is much simpler to use, and the individual components are also much simpler to clean.

The brewing process is made somewhat more difficult by these sections. In addition, in contrast to a French press coffee maker, a percolator has to have its scale removed after every few uses to prevent limescale and mineral buildup. 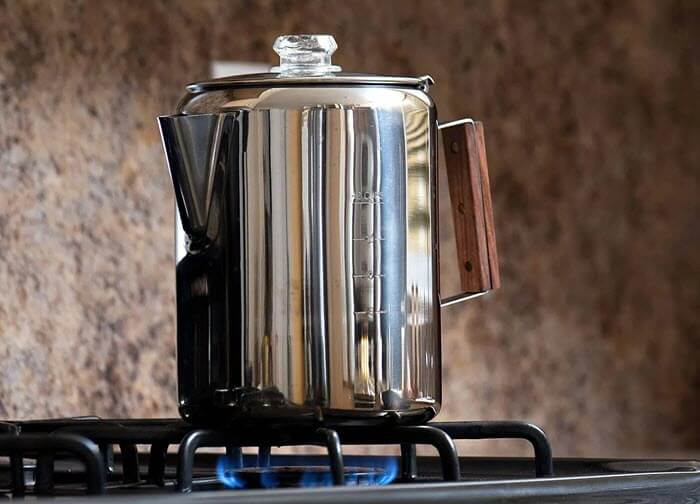 The stovetop percolator is a brewing process dating back to the late 1800s and is not dependent on electricity. These brewers were designed to use with any accessible heat source and last for years.

A percolator made of aluminum will not last as long as one made of stainless steel, but it is lightweight to travel with.

The usual French press is not enormous or weighty, but it is inconvenient for brewing coffee on the move. The primary difficulty is that you will require a pot or another method of heating water.

While some are stainless, most French presses include a glass brewing chamber, which isn’t ideal for stuffing into your bag.

You may like: French Press Vs. Espresso: What’s the Difference?

FAQS About Percolator Vs. French Press

Are percolators good for making coffee?

Although a percolator is not the ideal option for producing the highest quality coffee, it can still produce a delicious cup of joe.

Coffee brewed using a percolator is famous for its robust flavor and rich aroma due to the percolator’s ability to produce strong coffee.

Why is percolated coffee better?

According to widespread opinion, percolators produce stronger coffee than other coffee makers since they produce twice as much coffee in a single brewing cycle.

Percolator coffee has a creamy flavor and is the most excellent coffee. This is because the water in a drip grows hotter, extracting the most amazing taste from the beans.

Where to buy a percolator?

A coffee percolator is a specific pot utilized throughout the brewing process. It is easily accessible over the internet. You may try looking on Amazon; many different options are available there.

How much does a French press cost?

There is a French press to fit every price range, from fifteen dollars to one hundred fifty dollars.

Although even the most affordable of these options are helpful, we do not recommend purchasing the model that is the least expensive one available to you.

Fake businesses sometimes make their products out of low-quality materials like cheap plastic and glass that isn’t very thick.

1 thought on “Percolator vs French Press: What’s the Difference?”

Home > Comparison > Percolator vs French Press: What’s the Difference?
About Me