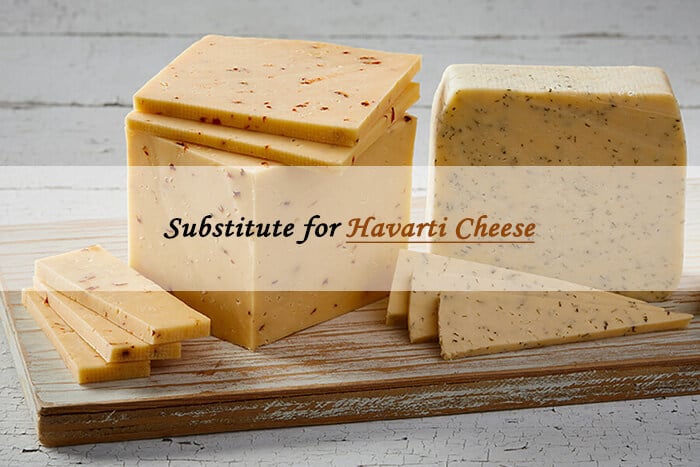 Havarti is a very popular cheese and for good reason. Rising to fame in the mid-1800s in Denmark is what put it on the map for many different social classes of that time.

Today, Havarti, a semi-soft cow’s milk cheese, is loved by many for its subtle flavor, smooth texture, and versatility.

However, you may not have Havarti cheese on hand, what should you use instead of it? We’ll talk about the substitutes here.

How is Havarti Cheese Made of?

Havarti, named after her family farm, was created by Hanne Neilson, a connoisseur of cheese-making who loved to travel all over Europe learning various ways to make cheese. It came into existence when Hanne decided to wash curds in fresh spring water prior to continuing her cheese-making process of putting them into their molds and draining them. 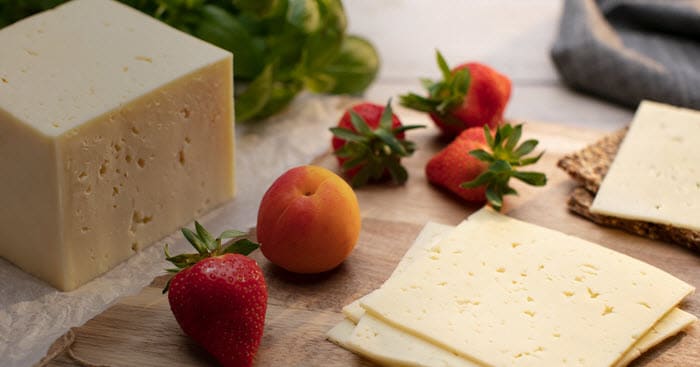 This new process allowed the cheese to form differently resulting in a block of creamy and soft cheese. Original Havarti contains 45% of butterfat from the usage of whole milk. This cheese has tiny holes in it called “eyes”, it also presents a cream-to-yellow coloring and is aged for 3 months.

Cream Havarti is an even creamier version of Havarti that is produced by adding extra cream prior to the curdling process. This type of Havarti contains 60% butterfat cheese otherwise known as a “double cream” as the French say. One difference between cream Havarti and original Havarti is that cream Havarti has a smoother texture and can melt on your tongue easier.

What Is the Taste of Havarti Cheese?

Havarti is slightly acidic and has a creamy butter-like flavoring. It can vary from a somewhat sweet to a sweet taste. It should be noted that if the cheese is aged for over 3 months it could have more of a salty nutty hazelnut flavor to it.

Taste-wise, Havarti cheese can fall between Muenster cheese, and butter cheese (Butterkase) flavor-wise. Its smooth flavor can be compared to that of Monterey Jack.

What Is Havarti Cheese Used for?

Given its wide range of versatility, it’s no surprise that Havarti cheese can also complement many types of wines given its creamy nature.

Havarti cheese can be paired with vegetables like zucchini, green beans, radishes, and so on. Havarti is a common platter cheese that can be eaten with a variety of crackers, and nuts. It also compliments sweeter fruits like grapes, pears, oranges, apples, and berries.

Havarti is also a cheese that can melt easily which makes it a great addition to pasta, a fondue, and other dipping sauces. It also can be used in both cold and hot sandwiches and pizza for example.

What Can You Substitute for Havarti Cheese

Many different kinds of cheese can be used as subtitles for Havarti, below is a table that describes some of what we that are the best options.

How to Substitute for Havarti Cheese

The way you substitute will depend on the recipe being used.

Typically, a 1-to-1 ratio to what the recipe states should be used. For example, 4 ounces of semi-soft or semi-hard cheese will equal 1 cup. When looking for a substitute for Havarti cheese the number one quality to look for is its melting capabilities. 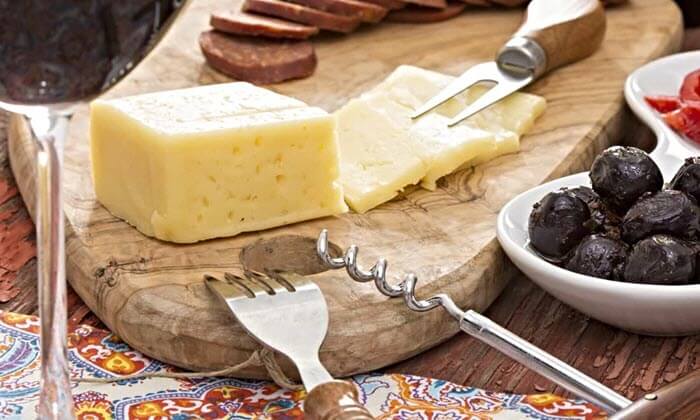 If you desire a stronger flavor you can use a cheese like Swiss or if you don’t want as strong of a flavor you can use a smaller amount of cheese. A great tip is to customize the flavor profile of your dish by mixing cheeses! To do so you could add portions of cheese together to equal the 1-to-1 ratio.

An appropriate match will have a comparable flavor profile that will not alter the overall taste of your dish. Keep in mind when making a selection, semi-soft and semi-hard cheeses are able to be sliced easier as opposed to harder cheeses.

What to Look for in a Havarti Replacement

Pick a semi-hard cheese when looking to grate a Havarti replacement, if you are looking for a cheese that can crumble over the top of a salad or garnish your dish look to pick a semi-soft cheese.

Havarti can be used in many different types of recipes. Finding a substitute that is also adaptable that can melt easily like Monterey Jack, and Gouda cheese for instance.

Finding a suitable replacement for Havarti can be easy when trying to match them with alcoholic drinks like beer and wine.

Depending on your dish semi-soft cheese or semi-hard cheese can be a viable option.

There are a good number of substitutes that you can use for Havarti however, not all options are readily available. For example, St. Paulin is very similar but it cannot be easily found in most stores.

Depending on the desired flavor outcome will determine what cheese you select. The closest cheese flavor-wise to Havarti is Tislit; however, choose an appropriate match for you.

Is Havarti cheese similar to Mozzarella?

Havarti and Mozzarella have some similarities and differences. After Havarti is cooked it has a similar texture to Mozzarella. It tends to have a very creamy texture with a salty flavor. As it cools it becomes less salty and keeps its consistency.

A difference they have is that Mozzarella is a fresh cheese and Havarti is an aged cheese. Another difference is that they have a different initial flavor. Mozzarella cheese has a subtle taste whereas Havarti has a robust flavor.

You May Like: Provolone vs. Mozzarella: Key Differences to Know

Is Havarti a good melting cheese?

Havarti is known to be a good choice for melting. It can be cut easily due to its buttery smooth texture.

It also can be easily sliced which makes it a good option for dishes that can have a sliced melted cheese topping like burgers, casseroles, pizzas, and sandwiches. It of course is ideal for dips and sauces that require melted cheese like nachos.

Can Havarti cheese be substituted for Swiss?

Depending on the intended purpose of the cheese Havarti could be an alternative to Swiss. Both Havarti and Swiss have holes or “eyes” in them, the difference is Havarti has smaller sizes.

Like Havarti, Swiss also has a nutty taste to it that is notable on a refined palate. Swiss cheese can also melt easily but the main difference is its firmer texture.

You May Like: 9 Best Substitutes for Swiss Cheese in Recipe

Havarti is a very versatile cheese that can be used in everything from topping off a cold salad to adding a creamy body to a hot mac and cheese dish. This semi-soft Danish cheese can also make a great addition to a cheese board that can be paired with both wines and beers.

Havarti is known to melt, grate and crumble easily, it also has a mild yet hazelnut flavor to it. One benefit of selecting this cheese is that it can be found in most grocery stores and delis.

Home > Substitute > 13 Havarti Cheese Substitutes in Baking/Cooking
About Me