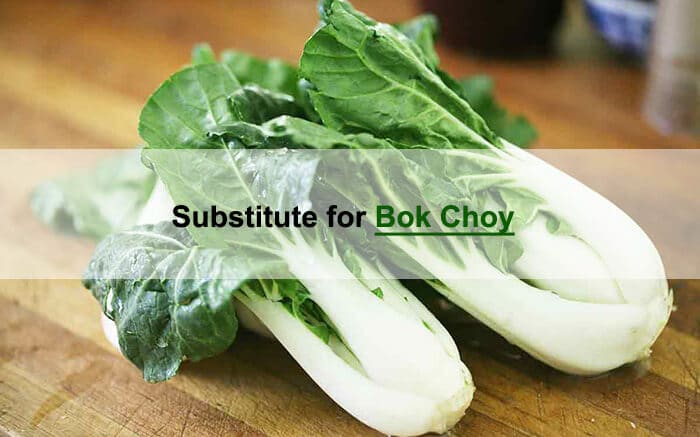 Bok choy is a type of Chinese cabbage that has white stalks and dark green leaves. It has a slightly bitter flavor and is often used in stir-fries. Bok choy is high in vitamins A and C, as well as calcium and iron.

However, if you don’t have bok choy available in your kitchen, what can you use to substitute for it?

Don’t worry –  there are plenty of other vegetables that are similar to bok choy in texture, appearance, or flavor.

What Is a Good Substitute for Bok Choy

The following vegetables similar to bok choy are recommended by most Chinese chefs. 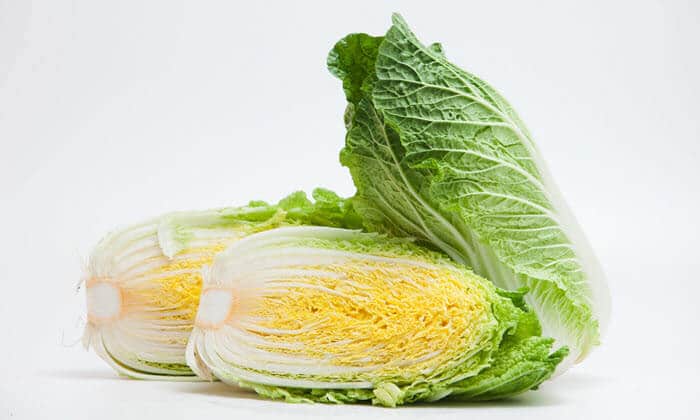 Napa cabbage is an excellent replacement because it maintains its crispness even after cooking.

Since Napa cabbage doesn’t wilt like other cabbages, it works well to replace cooked bok choy, in particular. You can use this cabbage as a substitute for bok choy in soups, stir-fries, dumplings, and spring rolls. 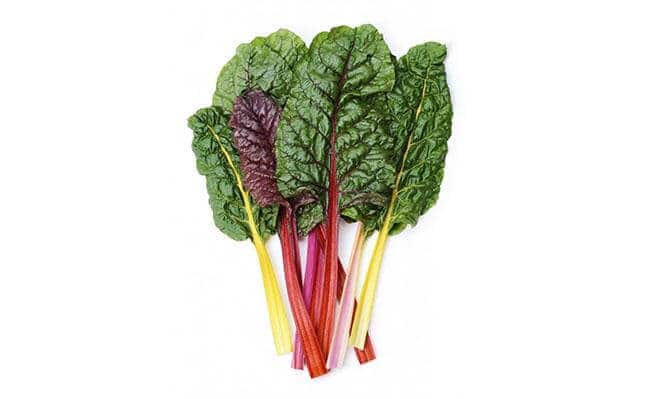 Swiss chard has tender leaves and a flavor that edges on bitter, similar to bok choy. The leaves taste more like spinach, but the stems have the same crunchy texture of bok choy.

The main thing to remember if you plan to use Swiss chard as a substitute is to cook the stems for at least ten minutes to get the texture as close to bok choy as possible.

Also, if you’re using Swiss chard as a replacement for baby bok choy, be sure to cut it into smaller pieces before cooking.

As a relative of bok choy, Yu choy is an Asian green [1] that’s similar in both size and flavor. Therefore, you can use it in recipes that call for cooked or raw bok choy.

Just be aware that it has a slight peppery undertone that could affect the overall flavor of your dish. However, you can cut down on its bitterness with a touch of lemon juice.

Yu choy is an excellent substitute for baby bok choy, but it can also be used to replace regular bok choy. 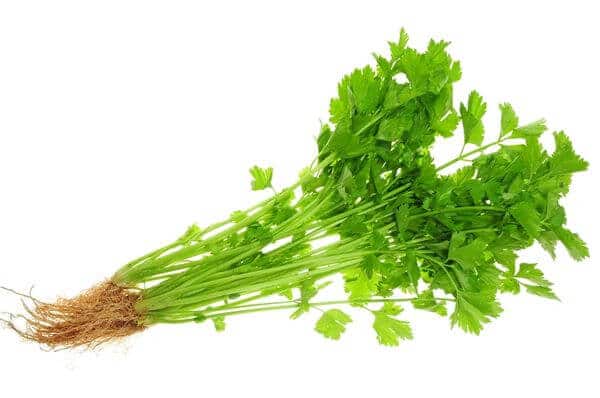 Nan ling is a type of Chinese celery. Its flavor falls somewhere between celery and bok choy, but you can easily use it as an alternative in most recipes that call for cooked bok choy.

If you have trouble finding it in your grocery store, nan ling also goes by kuen chai, qin cai, kinchay, kun choy, or kintsai. It’s common in Asian dishes, so you shouldn’t have any problems finding it in your local Asian supermarket. 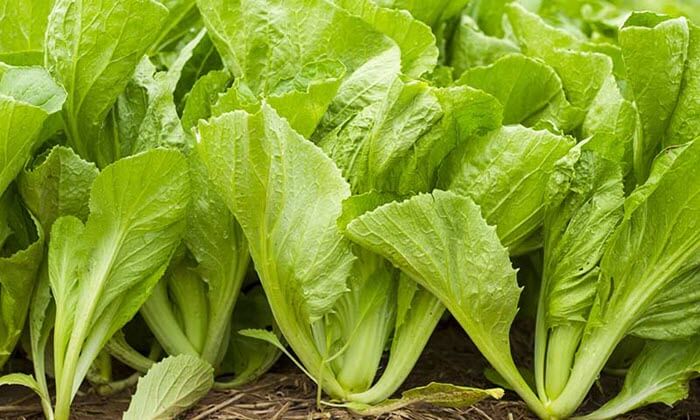 When raw, mustard greens [2] have a sharp, mustardy flavor. Once cooked, the leaves lose some of that sharpness, which brings them closer to bok choy in taste.

You can replace bok choy with the leaves and stems of mustard greens in any of your cooked recipes.

If you’re considering using mustard greens as a substitute for bok choy, it’s important to know that they’re best suited for recipes that call for braising or frying. 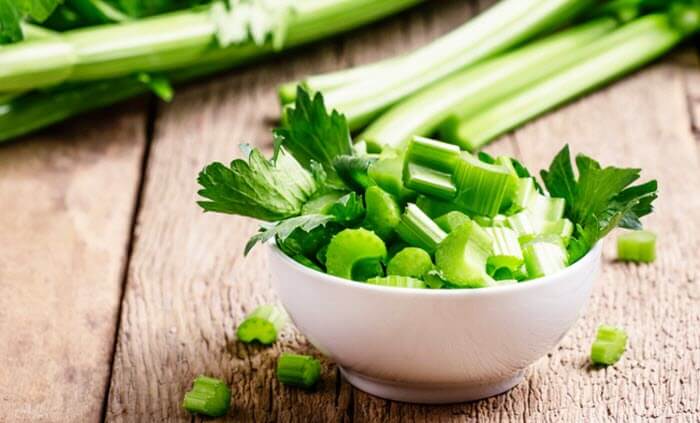 Although celery doesn’t have quite the same flavor as bok choy, it has a nice crunch that makes it a suitable replacement. Just make sure that the celery won’t change your recipe’s flavor too drastically.

Also, don’t forget that celery’s water content is quite a bit higher than that of bok choy, which can cause texture changes to your dish. If you’re going to use celery, cut back a bit on the liquid in other areas of your recipe.

Spinach makes a great bok choy substitute in recipes that don’t require your greens to be heavily cooked.

Spinach and bok choy are very similar in flavor, but since spinach takes on a sweeter taste when it cooks, it can change the overall flavor of your dish quite a bit.

Your best bet is to keep it closer to raw than cooked so you can take advantage of both the flavor and the crunchiness of the stems. 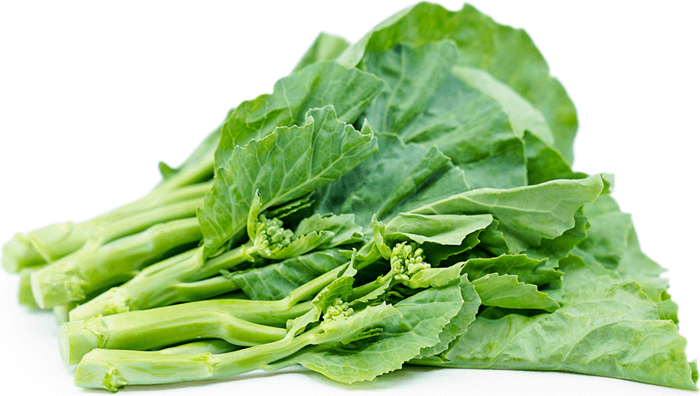 Gai lan [3] is also known as Chinese broccoli and is closely related to most cabbages. Gai lan’s flavor is a bit stronger than regular broccoli, so take care when using it to replace bok choy in your recipes.

However, gai lan’s similar texture makes it a good substitute if you’re in a bind. Gai lan is best served blanched and goes particularly well with fish sauces. 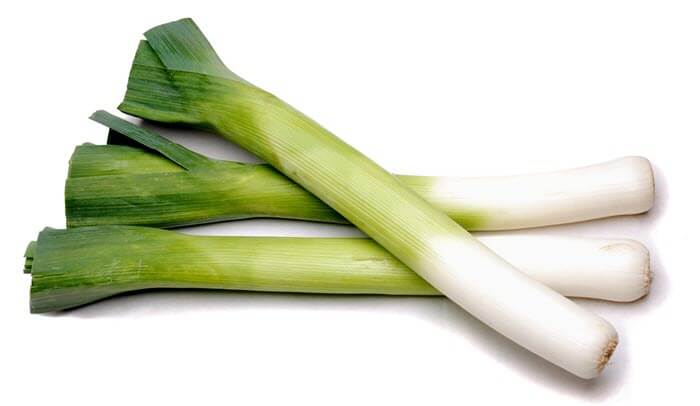 A leek is a somewhat milder version of an onion that develops a sweet flavor once cooked. If the recipe you’re using calls for bok choy, you can use leek as a replacement.

However, just be aware that your dish might take on a bit of an onion flavor. If that doesn’t concern you, then this easy-to-find substitute will be a great option. 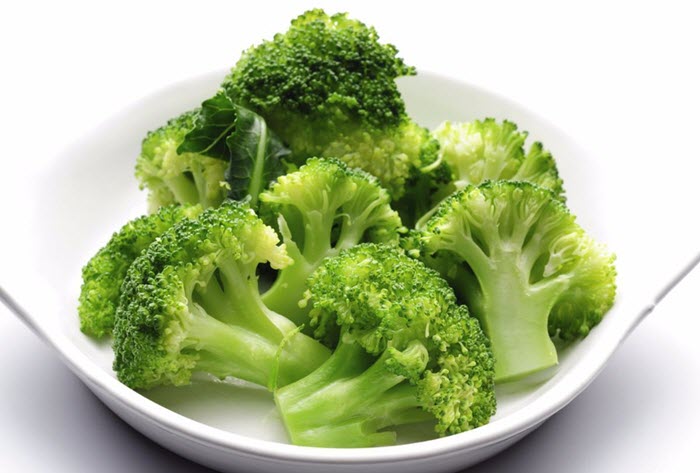 Although it looks completely different from bok choy, broccoli is an excellent alternative. The textures vary between bok choy and broccoli, but the broccoli stems have a flavor that’s quite similar to bok choy. 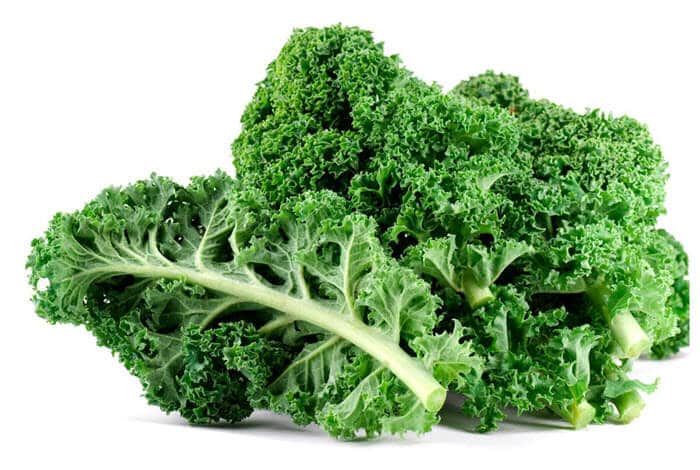 Kale is a wonderful and nutrient-rich alternative to bok choy. It shares a similar bitter taste with bok choy, which means it won’t change the flavor of your dish too much.

Kale can be used raw or cooked, but if you want to have a bit of crunch to your dish, it’s best to keep your kale closer to the raw side.

Tatsoi has a similar flavor to bok choy, which is why it is a good alternative. Similar to bok choy, tatsoi has dark green leaves with crisp, white stems.

Its flavor hangs between bitter and sweet, although it also carries mustardy notes that should be considered when choosing this as an alternative to bok choy.

It can be consumed raw or cooked, but tatsoi’s best flavor comes out when it’s been cooked lightly.

Chijimisai is an Asian green that’s a cross between tatsoi and komatsuna [4]. It has a slightly spicy flavor that decreases somewhat during the cooking process, so be aware that it might change the taste of your dish somewhat.

Chijimisai might be a bit difficult to find in your regular supermarket, so you should check your nearby Asian market if you want to give this substitute a try. 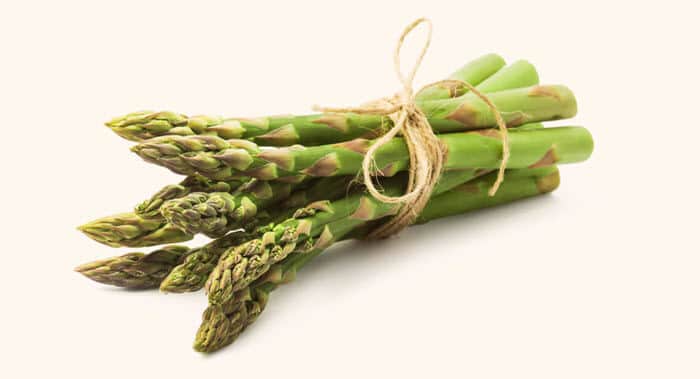 With its woody stems, asparagus makes a good bok choy substitute. However, like some of the other options listed here, be careful how much you use and how the flavor of the asparagus will affect your dish.

Since this vegetable has a distinct flavor, it’s best to use thicker stalks and cook them as little as possible.

Don’t worry if you don’t have bok choy on hand, you can use any of the above substitutes for these recipes.

Bok choy (another name: white cabbage) is a type of cabbage that has a spinach-like taste with a very mild bitterness. It is usually eaten cooked, but can also be eaten raw.

Bok choy is a good source of vitamin C and calcium. It can be used in salads, stir-fries, and soups.

Is cabbage a good substitute for bok choy?

Cabbage is a good substitute for bok choy because it has a similar flavor and texture. It is high in nutrients like vitamin C and K.

However, if you are looking for a vegetable that has a slightly sweeter flavor than bok choy, then try using napa cabbage. It has a more delicate texture than regular cabbage.

Pak choi and bok choy are the same. In English, they are known as pak choi but in Cantonese, where it originated from, the vegetable is called bok choy.

Like the different names for cauliflower and broccoli – brussels sprouts and romanesco – bok choy can be interchangeably referred to as pak choi or Chinese white cabbage.

Yu choy is native to China and has thin stalks with small leaves; bok choy (also known as pak choi), which resembles cabbages, is larger with thick white stems and deep green leaves.

Bok choy is related to Napa cabbage, while yu choy belongs to the mustard family. The two veggies can be used interchangeably because they have a similar flavor and bitterness.

The biggest difference between them is their size. Baby bok choy is much smaller in both leaves and size, it typically ranges in size from 3 to 5 inches long, while regular bok choy can grow up to 18 inches long.

Bok choy may be one of the most versatile vegetables you can find in your local grocery store. Not only is it great for stir-fries, but it also makes a wonderful substitute when other Asian ingredients are not available.

But what if you’re looking to swap out bok choy? We have listed some great substitutes that will give similar flavors and textures while still being different enough to keep things interesting. If you have any questions or need help on how to cook these ingredients, don’t hesitate to reach out!